Hey guys, remember when I said I was gonna write a list of my favourite anime? Remember how my last post about that was over a year ago? For those of you who have completely forgotten about that, allow me to reintroduce my goal as a blogger: to write a top anime list that doesn’t just justify my choices but reflects me as an individual. Who cares about recommending the best anime? Talking about our favourite anime should be a way of getting to know each other as people.

I say all this because Revolutionary Girl Utena is a very idiosyncratic anime.

END_OF_DOCUMENT_TOKEN_TO_BE_REPLACED

Posted in My Top Anime 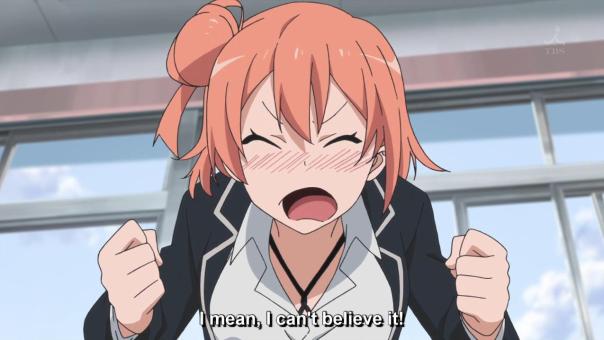 When Oregairu first aired in the spring season of 2013, I don’t think anyone was expecting too much out of it. A light novel adaptation with a stupidly long title that translates to “My Youth Romantic Comedy is Wrong as Expected”? What sparkling originality. I was looking forward to the show as soon as it was announced because of my partiality towards bullshit otaku romcoms, but I wasn’t expecting anything deep or profound.

I certainly wasn’t expecting this to be the story that would most perfectly criticise my outlook on life. It challenged my snobbishness, my elitism, my cynicism about teenagers. Oregairu is the story that made me respect teen lit.

END_OF_DOCUMENT_TOKEN_TO_BE_REPLACED

Posted in My Top Anime