The Love Triangle Ruined Everything in Classroom Crisis 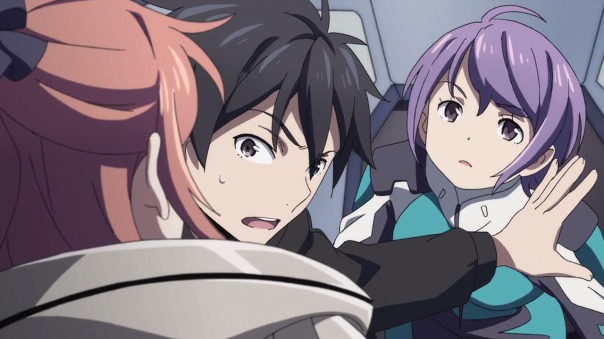 After episode 11 of Classroom Crisis, I was ready to call Nagisa x Mizuki the OTP of the season. I like the way Fumiaki Maruto writes romance, and there was something really refreshing and honest about Nagisa and Mizuki’s relationship. I mean, geez, they even got around to kissing, which was unexpected but definitely not unpleasant.

But then, in the final minutes of the final episode, they introduced a love triangle. And everything went to shit.

END_OF_DOCUMENT_TOKEN_TO_BE_REPLACED

Posted in Pairings and Shipping 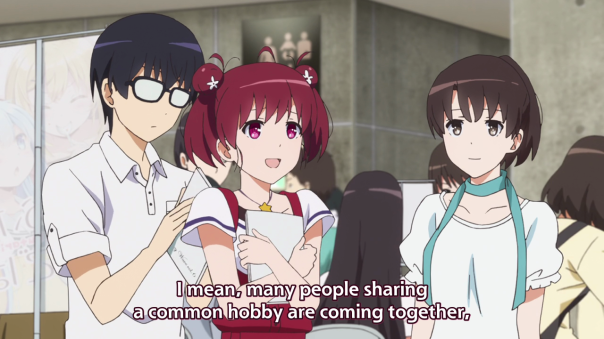 I remember coming across this blog post a while back calling Fumiaki Maruto “the romance specialist you’ve (never) heard about”. White Album 2 appears to be his most critically acclaimed work, and I can see why. It’s a coming-of-age drama that deals with the darker sides of teenage insecurity. The VN even depicts the characters in their adult years, still struggling to make difficult choices. The anime adaptation only tells the first part of the story, but it’s still gut-wrenching stuff. While I remain conflicted about the ultimate purpose behind all that suffering, I can’t deny that the emotions and relationships between the characters felt very real to me.

As a general rule, English-speaking anime fans (including me) aren’t terribly knowledgeable about visual novel writers, so it’s a shame Maruto has been going under the radar for all these years. Recently, though, he has been steadily carving out a name for himself in the anime world. Earlier this year, he helped adapt his light novel series Saekano into an anime, and this season he worked on the script for Classroom Crisis, an anime-original series. So now is a fitting time to remind you all that Maruto is indeed a great romance writer, maybe among the most talented working in the otaku industry right now.