Note: This is a repost of an article I originally wrote for Crunchyroll. Check my writer profile to see my latest articles.

To celebrate the 38th anniversary of the original Mobile Suit Gundam series, Crunchyroll has recently added some classic Gundam titles to its catalog. Let’s take this opportunity to look back on Mobile Suit Gundam Wing, the show that ignited the West’s love affair with Gundam. You may be surprised at how many convenient factors lined up in both the original Japanese context and the international distribution process that helped pave the way for Wing’s success.

END_OF_DOCUMENT_TOKEN_TO_BE_REPLACED

Gundam is Ridiculous: A Post about Unicorns and Iron-blooded Orphans

Now, having stated the obvious, I’m not actually sure how I feel about this. I haven’t seen that many Gundam series (yet), but I’m getting the impression that this is a very hit-and-miss franchise.

You see, there’s a contradiction at the heart of Gundam.

Disclaimer: I can only comment on the Gundam shows I’ve actually seen, which is mostly just AU Gundam (Wing, Seed, 00. Don’t take this post as reflective of UC Gundam, or even Gundam as a whole.

END_OF_DOCUMENT_TOKEN_TO_BE_REPLACED

I wrote fanfiction for nine years

END_OF_DOCUMENT_TOKEN_TO_BE_REPLACED 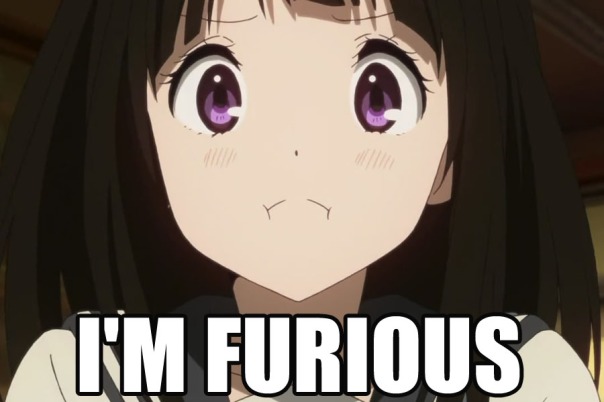 What reviewers who bash my favourite anime look like to me

This might come as a surprise, but I really enjoy reading negative reviews, sometimes a lot more so than positive reviews. I generally put up with people pissing all over my favourite shows. This happens very often, what with my taste and all. Negativity sometimes gets overbearing, especially when the writer appears to take their own opinions way too seriously, but in general, I think exaggerated hate is hilarious.

The reason for this is that I read reviews to be entertained, not just to get an idea of what others like or dislike. I don’t take the actual recommendations seriously, but I don’t think that’s the point of reviewing. It’s all about having fun sharing your opinions.

END_OF_DOCUMENT_TOKEN_TO_BE_REPLACED

The Best and Worst Types of Anime Girls 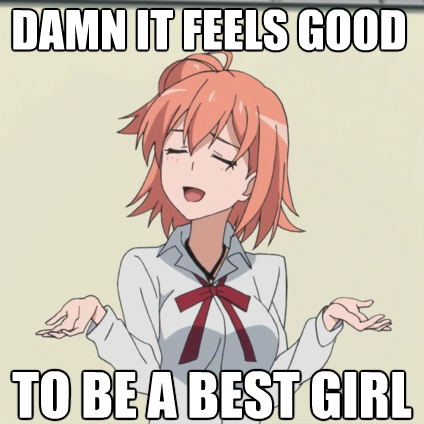 Just a friendly reminder that UR WAIFU IS SHIT.

END_OF_DOCUMENT_TOKEN_TO_BE_REPLACED

Is It Wrong To Make Assumptions About People From Their Tastes?

I’m going to make a controversial statement here. I don’t think it’s wrong to make assumptions about people from their tastes. I do it all the time.