An Ode to Little Busters! 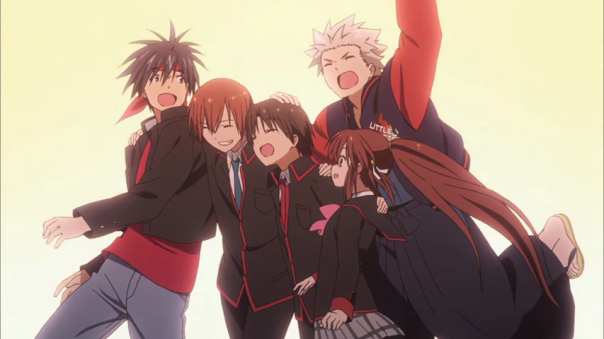 This will be a short post. And also sappy. You have been warned.

END_OF_DOCUMENT_TOKEN_TO_BE_REPLACED

Tags: I am a sap, i have too many feelings, i write crappy poetry, little busters, refrain is so good it feels like a completely different show

A Database of Curiosities: A Hyouka Literature Review 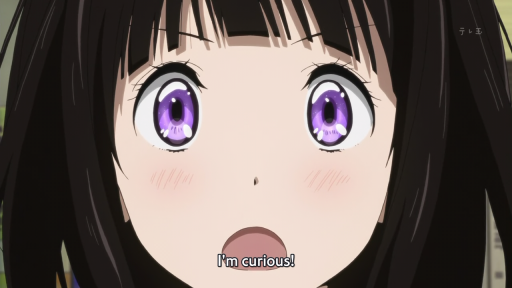 Hyouka is my favourite anime of 2012. It’s also the anime that introduced me to the blogsphere at large. For various reasons, I hold it close to my heart.

So, as a tribute both to this series and to the excellent bloggers who have poured their time and energy into writing about it in detail, I’ve decided to write a post that analyses, well, other people’s analysis.

END_OF_DOCUMENT_TOKEN_TO_BE_REPLACED

Tags: hopefully helpful, hyouka, i am a pretentious lit nerd, I am a sap, talking about other blogs, watashi ki ni narimasu

Why Anohana No Longer Makes Me Cry 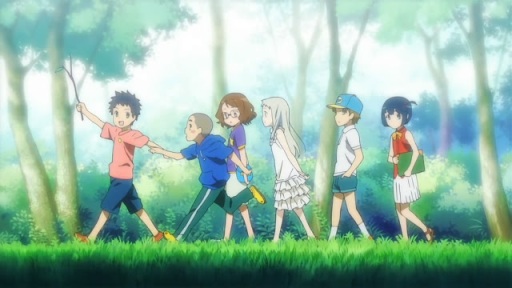 In a sentence: I grew up.

This isn’t a bashing post or even a review. Rather, it’s a personal reflection on the series and how one’s perception of it can change over time, which I suspect that a number of you can relate to, whether you like or dislike the anime. Despite the torrent of emotions it initially brought me, I don’t think Anohana is the type of story that holds up well to rewatching and/or critical scrutiny, though to what degree that can be attributed to the inherent faults in the story’s setup or to a change in my own mentality is hard to say.

Regardless, I want to get my view out there, because Anohana was a story that was once close to my heart (and I would argue that it still is), and I want to know if others have had the same experience as me.

END_OF_DOCUMENT_TOKEN_TO_BE_REPLACED

Tags: anohana, I am a sap