The Psychology of Shipping

Last week, I wrote about the creative process of writing fanfiction, which I think describes the actual writing and reading part of the hobby in an in-depth way. If you have even the remotest interest in literary theory, I think you should check that post out, but it’s definitely not necessary to understanding this post.

What I didn’t make reference to there is the fanfic culture, and if there’s one thing everyone knows fanfiction authors love to do (including me) it’s shipping. While it’s something that’s typically associated with teenage fangirls, it’s something that every viewer does at least to some degree, and it’s one of the easiest ways there is in engaging with a story on a personal level. Something as simple as deciding whether a fictional couple is well-written or not shows that you’re applying your understanding of real-world relationships to a fictional setting. It’s never possible to read a story as something completely divorced from your own reality, after all, and perhaps we’re better off not attempting it.

So shipping is necessary to being an active consumer and, I would argue, even important when it comes to things like literary interpretation. While most of us probably think of shipping as “wanting X and Y character to get together”, I don’t think its importance on how we read stories can be understood properly until we reason out why people would do that in the first place. 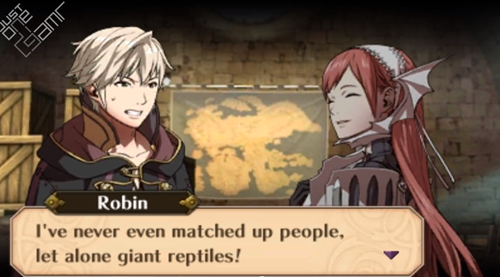 Shipping is an emotional investment in a relationship between two fictional characters. The basic, fundamental reason for why people would ship is because we all see ourselves as emotionally deprived in some way and we want to see others attain happiness through companionship. It makes us feel better about our own prospects.

Or, on the other hand, you hate all people and you want everyone’s romances to fail. It still comes down to the same thing: you’re lonely.

Some of you might tell me: “I don’t ship characters at all. It’s just a story.” But believe me, if you’ve ever watched a painful attempt at romance and you wish the characters would jump off a cliff, you are shipping. You are appraising the worth of a romantic relationship and you are choosing not to support it. We’ll call this anti-shipping.

Hardcore shippers – stereotypically the fangirls – engage in shipping and anti-shipping on a regular basis and tend to constantly fluctuate between both extremes. 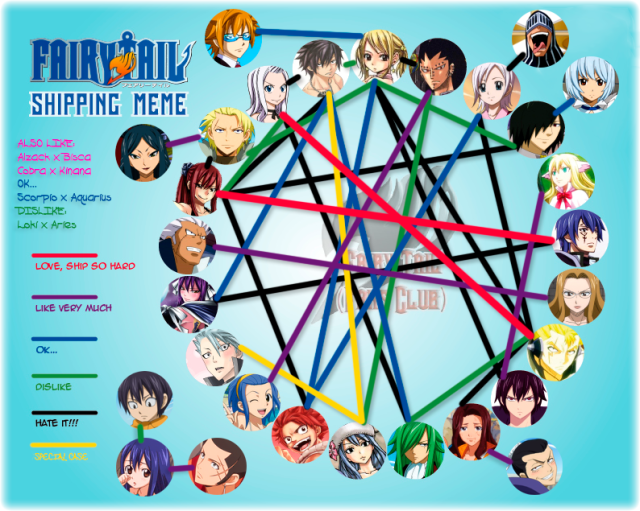 I don’t even… how do you keep TRACK of this?

While I would guess most of us don’t write up relationship charts, we do tend to form opinions of character relationships as we see them play out in a show. We immediately form judgments about two characters and whether they’re interesting or boring to watch when they interact. If we’re using a loose definition of shipping, that extends to how we perceive platonic relationships as well. Getting strongly invested in a character relationship doesn’t necessarily mean you ship them romantically. I would call all of this passive shipping, while the more self-aware, hardcore shipping like in the picture above is active shipping.

Now that you’re all hopefully aware of the ins-and-outs of shipping, let’s dig a little deeper into the psychology behind it.

What Makes You Approve Of One Pairing, But Not Another? 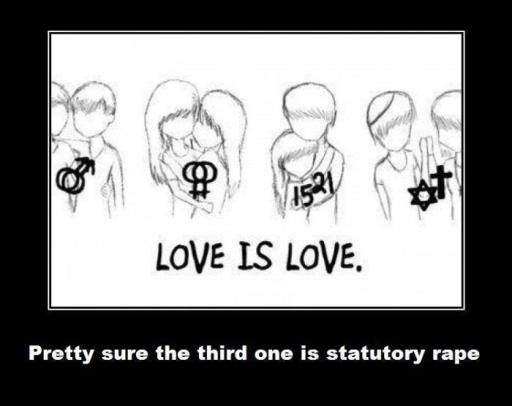 Even the most romance-crazed shipper shows some selectiveness over what pairings they ship, after all.

Generally, we ship pairings based on whether or not they fit our preconceived notion of what an ideal romance should be like. That usually means “squicky” pairings like a young boy x his grandmother will never gain mainstream popularity. Cousincest and even brother x sister incest are a little more palatable, but one could also argue that an imouto incest story will always be crap. While a “forbidden love” angle will always have its appeal, you are more likely to ship a pairing that doesn’t strike you as morally reprehensible in a fundamental way.

Even given that, what defines an “acceptable” pairing? What sort of relationships do we consider “ideal romances”?

The answer really depends on the person. Our perception of what is romantic is influenced (I would even say distorted) by the media, but it’s also influenced by personal experience. There are no hard and fast categories, but people’s tastes tend to be consistent with their own values. Think about these questions for yourself:

Depending on your choices, I could say a few things about you. People who prefer a “nice” love interest over an “exotic” one are typically more conservative and value emotional security over adventure. Maturer audiences tend to prefer subtext and beta couples over overt romance because it requires more active interpretation and is more intellectually fulfilling. Yaoi fangirls are generally very critical of their own gender (or at least how they’re portrayed in fiction) and are more forgiving of a male’s flaws.

What about my tastes? I have mentioned this already, but I am very conservative and family-bound. It should come as no surprise that I hate couples who prioritise their passionate love affair over their family and friends. This is going to sound slightly stupid, but the best way to win my approval would be if the main character is a siscon. Anyone who would rather rescue his little sister in a pinch than his girlfriend is a Bro in my book. 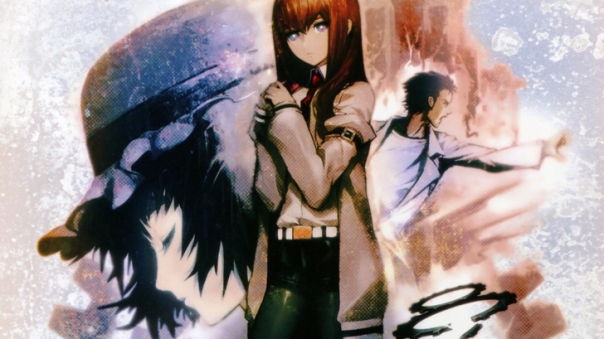 Probably why I approve of Okabe x Kurisu, since Mayuri is basically his little sister

Beyond that, I don’t really care as long as the two characters aren’t annoying and spend ages pointlessly denying their attraction to each other.

Basically, that comes down to me thinking that friendship and companionship is the best foundation to build a long-term relationship on. You’ll have your own values which you might emphasise more, but I’ll hold steadfastly to mine.

Why Is Understanding Your Shipping Tastes Important?

Your values become the main interpretive lens through which you view a series.

If a depiction of a relationship doesn’t agree with you in a moral sense, that is a perfectly valid angle of criticism. Stories don’t exist in a vacuum. They are a reflection of the author’s social attitudes and expectations. You need to be very careful about thinking how and why an author portrayed a relationship in a certain way and how does this fit into the story’s themes. While it’s not the only framework you can use to approach writing criticism with, if you don’t have a clearly defined set of values to work with, your criticism will undoubtedly have holes in it and will come off as inconsistent.

I’m going to make a short digression here in order to prove my point. To me, there’s a difference between a romance and a love story. A romance is a story that builds its characterisation around idealising the concept of romantic love. A love story takes that characterisation and tries to say something more fundamental about human nature. This is why I consider Hana Yori Dango a romance and Kare Kano a love story.

According to my values system, I think a romance is fundamentally “cheaper” and has less artistic merit than a love story. There will always, always be cheap romance novels and media that sensationalise romantic love but will never truly capture what it is like because they never set out to do so. 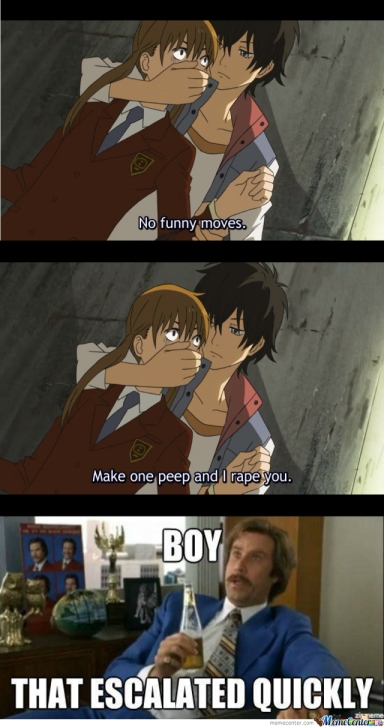 I like Tonari no Kaibutsu-kun, but I don’t agree with its romance. I don’t think I ever will – it’s too problematic according to my ethics system. (I watched it because I shipped Sasayan x Natsume instead.)

So yes, understanding shipping and why some pairings are better to ship than others is the first step to working out one’s values, which hopefully paves the way towards understanding why some stories succeed in portraying good character interactions and others don’t. I personally take it as a sign of good writing that a series managed to get me actively shipping. It means it’s portrayed the interactions in a way that feels true enough to life that I can project my own experiences and expectations onto it.

So what kind of pairings do you approve of? What sort of values do you look for in a fictional – and real-life – relationship? Do you agree/disagree with anything I’ve written here?