My Theory About The Secret Of Little Busters!

Warning: Spoilers for the Refrain anime so far.

In a matter of hours, I suspect we shall all know the truth about Little Busters! I figured it would be appropriate to tell you all what I had been speculating all along about the secrets of the world.

Riki is on drugs.

The magical realism of LB! makes complete sense when you realise that Riki has been hallucinating about this idea of having friends. The drugs make him think that he is seeing things that do not in fact exist. It completely warps his worldview.

This symbolism shows in the OPs of each season.

If the first season of Little Busters! was about Riki experimenting in drugs and fantasising about having a bipolar group of friends, Refrain is about him learning how to get off the drugs and find other, healthier ways to cope with his stress.

Episode 5 gives you a good reason for why he resorted to them in the first place.

Kyousuke tells Riki about a bunch of students from another school who were killed in a traffic accident, and how only two of them survived. I think that in reality, the students who were killed were the Little Busters and that the survivors were Riki and Rin.

Basically, everyone got hit by a bus and died. 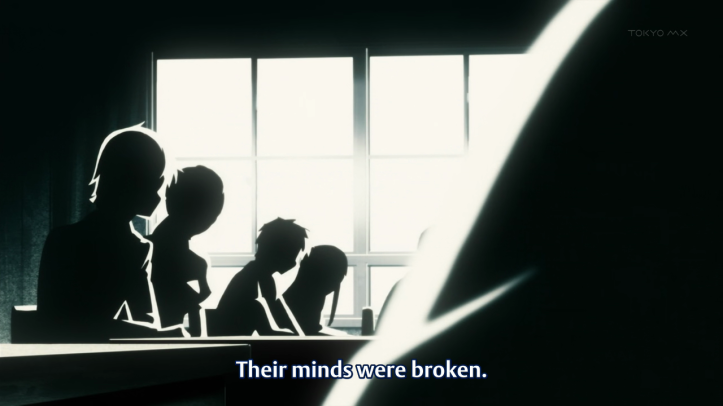 In his depression, Riki desperately sought to relive his childhood. When he started taking drugs, in his mind all of his friends were alive again and he blocked himself off from recalling that they are all in fact dead.

This is why whenever Riki gets close to discovering the “secret of the world”, he has an attack of narcolepsy. This is a clear side effect from taking too many drugs.

However, Kyousuke’s ghost understands that Riki and Rin must move on or else they would never be able to handle the real world. His goal is to make sure the two of them live out their youths as strongly as possible and to build up the mental resilience to face their tragic reality.

This is why the Little Busters form a baseball team. The purpose of the girls was so that Rin could gain friends and Riki could gain experience in dealing with people with messed-up problems. This gives him perspective for later, when he finally learns to ~Refrain from the drugs.

The story is about learning to treasure your youth and then building up the courage to let go.

Therefore, the drugs represent the escapist desire that comes over all of us and compels us to cling to a fantasy even when we know the end is nigh. The drugs are a metaphor for how we live life.

And now you know the secret of Little Busters! and the meaning of the title.

The moral of the story: Don’t Do Drugs. 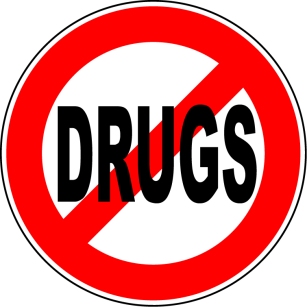 (Note to commentors: Do NOT spoil the actual reveal. Your comment WILL be deleted.)