7 Reasons That Make Shingeki no Kyojin a Daring Social Commentary

1. It gives the church the middle finger. 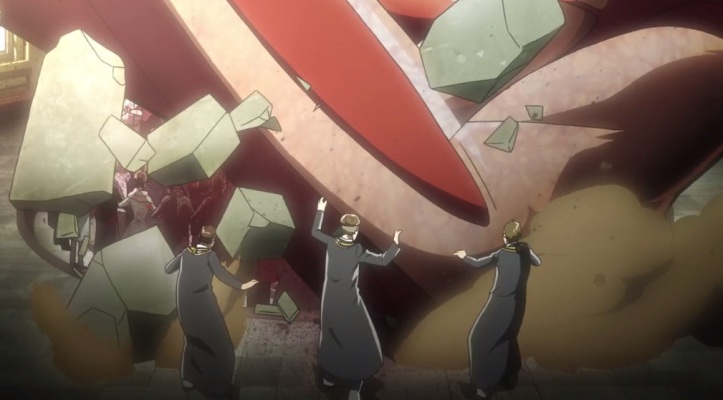 How many shows dare to criticize the church?

2. It exposes the rotten core of the military.

3. It strips off the mask of politicians.

4. It touches on the issue of racism.

I’m pretty sure something similar happened in world history.

5. It gives a commentary on social class, too.

6. Yup, it even slaps ordinary citizens themselves for being so fucking selfish.

7. …and for thinking only about money.

This solid stance on societal issues is what makes Shingeki an excellent anime for me, despite the slowness of its plot and the cliffhanger ending of the first season which made some people rather disappointed in the series. I think that the function of the first season is to establish its grand political and philosophical premise while placing the characters in different subject-positions in the spectrum of things (which I would discuss in greater detail in another post). When viewed in this light, I believe that the series is not exactly about the struggle of Eren Jaeger and his friends but rather about the different contradictions they had to face in the grand narrative of the world they live in.