← I Enjoy Reading Negative/Bashing Reviews
How Would You Write A Mushishi Episode? →

“This Anime Is Too Elitist For Me To Enjoy!”

EDIT: So this post ended up on the front page of Reddit! I just want to clarify that I am not arguing that all art is purely subjective.

It’s only by acknowledging the social dimension of how we interpret anime that we can learn to detach ourselves from it. The quest for a “fair” reading isn’t about pretending you have no biases – it’s about understanding those biases and how they play into how you look at things.

“This Anime Is Too Elitist For Me To Enjoy!”

Lately, I’ve been thinking about my identity as an anime fan. I think the big appeal of my blog is probably how I take a constructive approach in how I write about anime, and how most of my arguments are along the lines of “[insert anime] is INTERESTING and WORTH YOUR TIME” rather than pretending I’m smarter than everyone involved in the process of making anime. I’ve argued since pretty much the blog’s beginning for genres like ecchi to be taken seriously and I hold these opinions sincerely. If you like me and if my writing has resonated with you in any way, my intuition is that you probably dislike the idea of elitism.

There are downsides to my approach, too. First of all, elitism is a really difficult concept to pin down, and by calling yourself “anti-elitist”, it’s very easy to fall into a kind of elitist thinking anyway. I live in Australia, which definitely prides itself on its “anti-elitist” culture. On the positive side, it means everyone is encouraged to have a fair go and those with disadvantages are given a lot of support from the government. On the negative side, there’s a really apparent tendency to tear down intellectuals, politicians and celebrities and to take open delight in their mistakes. (The “Tall Poppy Syndrome“, as we call it in Australia.)

This is all not so different from the situation on the Internet. Everyone’s on an equal playing field, so whenever someone tries to assert their superiority, it’s easy to call bullshit on that. And I think this leads to its own fair share of problems in the anime fandom, but I’ll only focus on one problem today.

Namely: not being willing to engage with an anime because the critics or whoever you think of as “elitist” like it. This is in itself a kind of snobbish attitude. I think in my own writing I’ve tended to slip into this kind of thinking from time to time, and not only is it hypocritical of me, it invalidates my own argument (i.e. that all anime deserve to be taken seriously).

So let me correct/clarify myself.

There is no such thing as an “elitist” anime.

Before we go on, I just want to say that I’m a big fan of Pierre Bourdieu’s theory about taste being a social construction. You develop taste because you want to identify with a certain group or assert power over another group. I won’t go on about academic theories here, so I’ll just pitch in with my own thoughts:

Sure, a lot of people who say they were genuinely moved by a highbrow work of art probably aren’t lying. But there’s no doubt that you are more willing to read into something and accept its messages if it’s widely widely acknowledged to be good and if there are others whom you respect that are willing to discuss its ideas.

And no matter how much you may claim that you don’t listen to other people’s opinions, you would still have had to internalise some of those opinions in order to come to that conclusion. In other words, no matter what you say or do, your taste defines who you are and you define yourself through your tastes.

Hence, we use fiction to learn about ourselves and to identify with others.

So now that we’ve deconstructed what taste is all about, what does mean for “objective merit” – the aspects of a work that a large sample of people will generally agree on as good? Once again, this is a socially constructed ideal. Most traditional works of criticism use that ideal as their framework without really questioning it, which is why we get the crazy assumption that Mushishi is “objectively” better than Strike Witches.

Having marathoned both series very recently, I don’t think this is true. I had just as much fun watching Strike Witches and the sense of fulfillment was just about the same. If there was anything that could have brought down my enjoyment of Strike Witches, it was my awareness that it is not socially acceptable to like it as more than shallow entertainment. 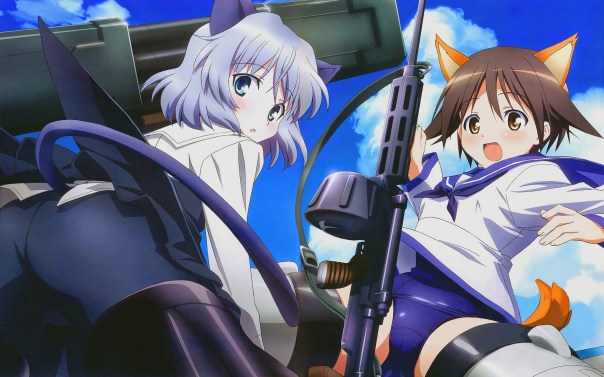 I watched the uncensored DVD version, so not only did I see loli ass, I also saw loli tits… yaaaay…

I repeat: This is not to downplay the merits of Mushishi. As I’ll go on to prove (hopefully!) you don’t have to be a deep thinker or “soulful” to appreciate Mushishi, any more than you need to be stupid or have your brain turned off to appreciate Strike Witches.

Let’s have a look at some of the early blogger impressions of Mushishi’s second season with attention to where some of the problematic social divisions I just mentioned come into play:

Jojo is glorious and all, and that’s of course fine and dandy. But let’s not forget what that show really is: a dose of adrenaline that you watch before you start punching an angry bear or something. It’s consistently awesome to watch, but here comes the real deal: Mushishi goes a whole lot further. It’s on a whole different level. This is intelligent; this is art, this series, more than anything else, has its own vision and doesn’t care about anything else.
– psgels

So what psgels is saying here is that despite the level of high craft he perceived in JoJo’s Bizarre Adventure, it is somehow inferior to Mushishi because it creates an “adrenaline rush” in the viewer rather than Mushishi’s attempt at “art”. He makes no attempt to explain why his reaction to Mushishi is more fulfilling, and merely leaves the reader with the assumption that Mushishi’s superiority is inherent to what it is trying to be.

It’s rare enough in anime to get a sequel almost a decade after a series has left the airwaves, rarer still when it’s one of the very best anime of all-time.
– Guardian Enzo

Is Guardian Enzo trying to say here that only “bad” anime tend to get sequels? It might be unfair to come to that conclusion from a sentence quoted out of context, but since Enzo has stated numerous times on other posts that he disagrees with popular taste and with the anime critiques of his commentors, while championing the series which he believes to be underrated, it’s fair to say that he perceives tension between himself and the broader anime community. While I don’t doubt the sincerity of his sentiments, I think he does use his taste to reinforce distance between himself and others.

The problem with these two critiques is that they basically imply that you’re shallow and partly responsible for all the “trashy” anime that gets made if you don’t like Mushishi. Yet I doubt either critique was written with that intent in mind!

It just simply comes off that way (or it’s easy to read into it that way) because neither writer challenged the values behind their appraisals. They called Mushishi “art” and left it at that, assuming the reader would share the same understanding that some “art” is better than others, even if you don’t necessarily have to agree with them on which series is better than others.

But disliking Mushishi doesn’t and most certainly shouldn’t mean you’re a stupid or shallow person. For example, Draggle is many things, but he’s not stupid for hating Mushishi.

Mushishi sucks. It’s a show for people who like to sit around and watch the world burn down around them. I prefer to set it on fire.

This tweet implies that Draggle is a humanist who seems to disagree with the fatalist values Mushishi commits to. It’s a pretty fair reaction. I personally think that’s why Mushishi is great and why it had a strong effect on me. It appeals to universal values and challenges conventional wisdom.

But by stating that opinion, I’m not out to prove how clever I am or how I’m such a deep thinker or whatever. That’s not what criticism is meant to do. By stripping away (or at least making a point of) the whole social dimension of anime criticism before I begin writing my own piece about Mushishi, I hope to get closer to what it’s actually doing and how it constructs its appeal, rather than getting bogged down in empty rhetoric about how it’s “high art” or whatever.

… But this post is getting long, so I’ll leave the meat of my Mushishi-specific discussion till next time!

Next Time: How would you go about creating a Mushishi episode? 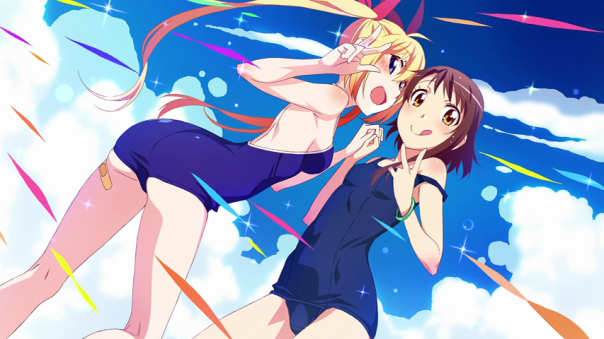 Here is a quick rundown of the other shows I’ve picked up so far this season:

← I Enjoy Reading Negative/Bashing Reviews
How Would You Write A Mushishi Episode? →