On “Forcing One’s Own Cultural Assumptions Onto Anime” 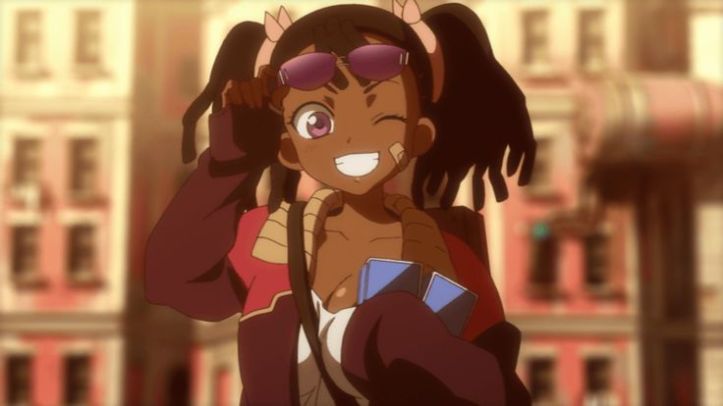 To my surprise, my last post about how black women speak in anime was a hit on social media. It even reached the top page on the anime subreddit for a short time. I would never have imagined that an academic-style post about the more esoteric aspects of translation would interest anime fans, but it turns out that plenty of fans are interested in issues around what gets lost in translation. I’ve only ever discussed the politics of translation in a classroom setting, so it makes me really happy to think that there’s an audience for this sort of analysis outside the ivory towers of academia.

For the most part, the feedback I received for that post was positive. I also received some sound criticism, such as the lack of anime examples besides Little Women, reiterating too many basic points about sociolinguistics and not explaining fully why I thought the use of keigo “erased” the black identity in this context. These are criticisms I take seriously, and I would certainly like to do a more comprehensive overview of the subject in the future.

There was also some not-so-sound criticism, most of it revolving around what an evil “SJW” I am, forcing my diabolical Liberal-Progressive-Marxist-Feminist-Postmodernist-Communist-Maoist-Stalinist ideology onto anime. Those particular critics made no attempt to seriously engage with my argument, but I also think that their complaints can be distilled into this reasonable-sounding statement:

“Don’t force your own cultural assumptions onto anime.”

It’s certainly good advice in the abstract, but it’s worth pointing out that it almost never comes up in actual discussions, except in response to a person saying something critical/negative about an anime’s subtext. Don’t even mention feminism (フェミニズム) or Marxism (マルクス主義); the Japanese have never heard of those words ever. You should only discuss anime in relation to its own cultural context, a context which is defined purely by me, says the erudite internet commenter, a person who is not Japanese and does not speak for Japanese anime fans in any way.

At best, it comes across as lazy argumentation in context. At worst, the writer is guilty of exactly the same cultural elitism they’re supposed to be decrying. In their effort to delegitimatise viewpoints they disagree with on a personal level, they project their own cultural assumptions onto anime. The “Japanese culture”, as they choose to portray it, becomes a shield to deflect criticism of their favoured works. And sometimes, it works very well as a rhetorical strategy, because how can you argue that the “Japanese culture” has it backwards without sounding like a racist? [1]

(As a side note, most of the Japanese anime fans I have personally communicated with are very interested in how English-speaking fans perceive anime and are not at all offended by differing interpretations.)

At times like these, it’s worth remembering who the target audience is for English-language anime criticism. It’s typically not written with Japanese readers in mind. The primary intent of such criticism is not to lobby Japanese creators for change but rather to develop a general understanding of media and storytelling among English-speaking anime viewers. If I wanted to start a dialogue with Japanese anime fans about the social issues in anime, I would write my articles in Japanese.

All of this is not to say that “Don’t force your own cultural assumptions onto anime” is a worthless criticism. While it’s impossible for anyone to rid themselves of cultural bias, the ability to recognise that one’s own viewpoint is not the only way to see the world is an absolutely vital one. I also think that good writers are honest about their own biases and limitations. No single piece of writing will ever tell the complete story.

I feel that I should take a leaf out of my own book here. So to those of you remarked that I was “forcing my own cultural assumptions onto anime” in my last post, I’m sorry. That was not my intent. I was sincerely trying to do the opposite. I’ll quote myself here: “I think that a focus on translation and on the processes through which language ideology is reinforced will give us a better understanding of the contexts in which anime is created.” By using the example of an English speaking style getting lost in translation, I was hoping to make it clear to English speakers that our own understanding of other cultures can be skewed through translation.

I also want to make absolutely clear that in no way do I claim to speak on behalf of the Japanese. I may be able to translate individual Japanese voices as best I can into English, but it will always be an imperfect representation. In fact, I get uncomfortable when people ask me to “explain” things about Japan to them.

In saying that, I don’t wish to imply that the Japanese culture is utterly foreign or beyond understanding. Rather, I think that culture is an accumulation of lived experiences, that it’s something we all have to negotiate with on an individual level. I do have my own understanding of Japanese and Australian cultures, but it won’t be the same as anyone else’s understanding. Instead of trying to explain culture in a reductive manner, I’d rather encourage an acceptance of different viewpoints, as well as some awareness of how these differences come about.

[1] I think my favourite example of this line of argumentation comes from the comments on Guy’s blog, especially his post about light novels. Here’s one gem of a sentence:

In Japanese literature the light Novel style is correct, many things people complain here are discussed in universities as the best way to tell a history.