How Vivi Lane Falls in Love 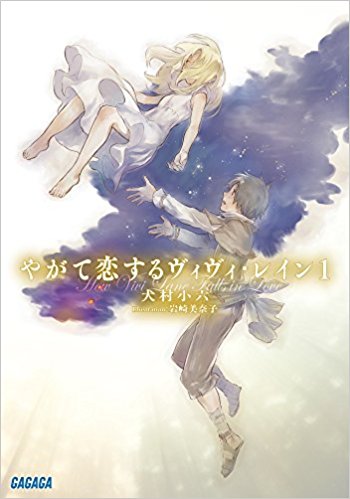 Have I ever told you about my impeccable taste in light novels?

Have I ever told you about how impeccably I choose the light novels that I read?

In the wise words of Wataru Watari: “The illustrations count for everything.”

Who gives a shit about the author, the plot, the reviews, or any other indicator of good writing? I always pick my light novels based on how cute the pictures look, and this method has never once failed me.

I first started reading How Vivi Lane Falls in Love because of the cover art for volume 2. There was something beautiful and nostalgic about the sight of these two kids camping together, and it immediately got me wondering about what the story was about. I had the feeling that this would be a cute fantasy romance story, and yet kind of heartbreaking too. 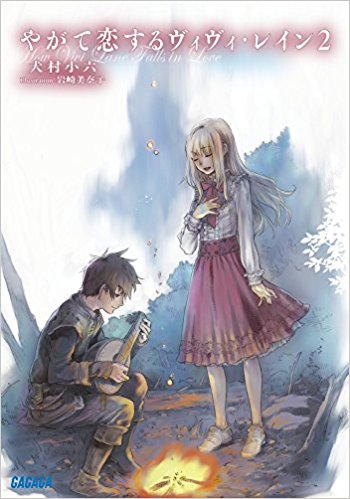 And you know what – l was right.

I’ve only read one volume so far, but the prologue destroyed my heart, tossed it in the incinerator, obliterated it into a thousand palpitating pieces.

This book has some really good prose. It can be cold and matter-of-fact or lush and poetic when it wants to be. The way this book describes poverty is absolutely ruthless and very Oliver Twist-esque. It wouldn’t surprise me if the author was inspired by parts of that story because in lieu of an afterword he gives a list of English books that were referenced throughout the story.

Anyway, let’s talk about the plot of the story. Our protagonist is a boy named Luca, who catches a falling girl from the sky one day, as depicted on the cover of the first volume. The girl’s name is Sylphie, and she’s pretty much the mysterious damsel you’d expect to see in fantasy stories like this. She doesn’t stick around long, but she does give Luca the cryptic instruction “Find Vivi Lane, and you’ll be able to change the world”, which is what kicks the plot into motion.

The rest of the first volume plays out like a very elaborate prologue. There’s a war and some harrowing adventures, but without getting into spoiler territory, it becomes clear by the end of the volume that the events told here were only the prelude for a longer act. In his quest to find Vivi Lane, Luca encounters people who will either help or hinder his search – and it’s not quite clear yet who will be his friends and who will be his foes. The air of mystery around the relationships is what makes them compelling, because even though the character archetypes are familiar, it looks like their relationships will evolve in ways that are difficult to predict.

(For example, it’s strongly implied through a dream that one of the people Luca whom forms a positive bond with will become his enemy by the end. At the moment, it’s really hard to imagine how they will end up trying to kill each other.) 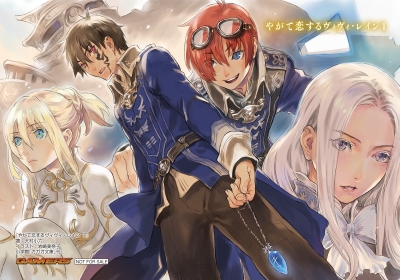 Vivi Lane is a fun book overall, but the rest of the story can’t compare to that beautifully written prologue. Luca’s desperation is palpable, but the way the story is told is unhurried and deliberate. You want things to get better for him, and there are glimmers of hope here and there that keep you on your seat, but overall things just keep getting worse and worse for him. Reading the prologue, I had a slow, sinking feeling that just wouldn’t go away. It wasn’t “fun” to read, but that bit got to me.

The rest of the book plays out more like a typical fantasy story, albeit one with an Escaflowne-ish bent, which is an aesthetic I sincerely appreciate. Luca enlists in the army, wins the favour of the local princess, and becomes a mecha pilot. The battle scenes are actually the most boring parts of this book, since the pacing drags to a crawl as the author explains how all these mecha physics work in combat. Yawn. It’s so much more fun watching Luca banter with Astelle, the bratty homunculus who eats so much to accomplish so little. I also love Mizuki, the hot-blooded engineer who has some severe (and hilarious) insecurities about masculinity.

The best part about the latter half of this book is the shipping, and I assume that this will be a constant factor in the series. The shipping is fun because there are no romantic declarations or anything, just little tingles of attraction between characters that you can read into however you wish. The interactions are plain fun to read, mostly because when the characters argue with each other, you can easily see where they’re coming from.

For example, when the princess Fania tries to defend the concept of monarchy to Luca, the peasant, her arguments are actually intelligent and make sense. By the end of the volume, you don’t feel like she suffers from “first world problems” when she talks about the burdens of royalty. This series takes inspiration from the French Revolution, and so the idea that royalty could be seen as scapegoats for problems they weren’t entirely responsible for feels like a distinct possibility in this world.

Basically, the characters are good, the worldbuilding is good, the shipping is good and the action sucks. Overall, this series is enough to get a thumbs up from me and I will be reading the next volume when I’m finished with other stuff. 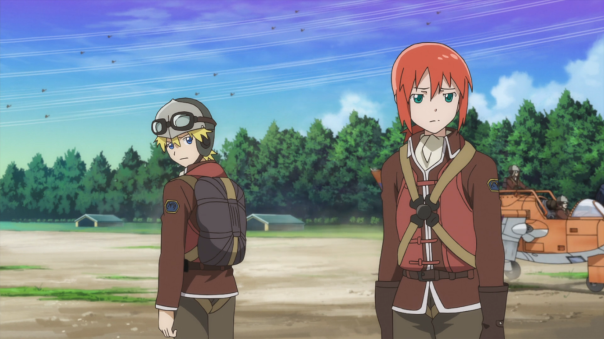 One final thing: This story is written by the author of The Pilot’s Love Song, a series that I never read or watched, so I don’t have any opinions on its writing. But that series has more generic-looking art and therefore it sucks.

I love my taste in light novels.