The Rising of the Shield Hero: The Author’s Gender is Officially Not Your Business

This is just a quick PSA to address a misconception that’s been floating around for the past few days.

I’ll go over the context first. The Rising of the Shield Hero is a light novel series that originally began as a web novel posted on Shoutesuka ni Narou! (“Let’s become a novelist!”) in 2012. The author’s pen name is Aneko Yusagi. There are three reasons why this is not considered the real name of the author:

It’s a common trend among light novel authors in general to use pen names. Natsume Akatsuki, Chugaku Akamatsu, Shirow Shiratori… none of those are traditional Japanese names. This is due to a culture of anonymity on the Japanese web, as well as the fact that many authors prefer to keep their writing separate from their real life. (The majority of light novel and web novel authors are not full-time writers.)

Long story short, hardly anything about Aneko Yusagi is actually known. Not their age, occupation, or even their gender. This is clearly the author’s wish, so it would be unfair to assume anything about their identity.

Some have asked, “Why do they use such a feminine-sounding pen name?” There could be any number of reasons for this. For example, Natsume Akatsuki once said that the “Akatsuki” part of his pen name comes from Kancolle, which he was really into at the time. The reasoning could be as innocuous as that. It is not in itself a statement of gender identity.

This is far from the first time anime fans have made assumptions about an author’s identity. In the case of Natsume Akatsuki, fans speculated for years that he was a woman. It was only when he was interviewed by The Anime Man was it clear that he was a man (even if his face was covered during the interview).

The reason I am bringing all of this up is because quite a few people as of late have been asserting that Aneko Yusagi is a woman. Normally, I find speculations about an anonymous author’s gender to be intrusive, but not actively malicious. Sometimes, you simply hear a rumour often enough that you start to think it is true. But I find this case with Aneko Yusagi to be concerning, mostly because of the context in which the claim has surfaced.

That is to say, it has come up primarily as a rebuttal against those who criticised the series for being sexist.

You’ll find more posts like these if you search “Aneko Yusagi woman” on Google or Twitter, all of them only a few days old. Meanwhile, if you search the equivalent in Japanese (アネコユサギ 女性), you won’t find any mentions or speculations about the author’s gender. This is a completely manufactured controversy.

Now, regardless whether you believe that The Rising of the Shield Hero is sexist, the author’s gender has nothing to do with the content itself. Because women can be sexist (just like men can be sexist), stating that Aneko Yusagi is a woman is not a convincing rebuttal to the claim. There’s no point in bringing up the author’s gender in a discussion purely about the story itself.

In other words, stating “Aneko Yusagi is a woman” as fact simply to win an internet argument does nobody any favours. More than anything, it’s misinformation and an invasion of the author’s privacy.

On a similar note, the fact that the author’s gender is officially unconfirmed also means that it is also unfair to state definitively that Aneko Yusagi is a man. Sometimes, people can’t help but unconsciously use gendered pronouns for people whose identity they aren’t aware of, and they often mean no harm in that, but if you see someone make assumptions about the author’s gender and outlook based purely on conjecture around the story, like “This guy must hate women,” then please remind them that they are going too far.

In short, regardless of how you feel about the The Rising of the Shield Hero, there’s no need to make baseless assumptions about the author or to state those assumptions as facts. Please have respect for Aneko Yusagi’s anonymity and don’t spread misinformation. 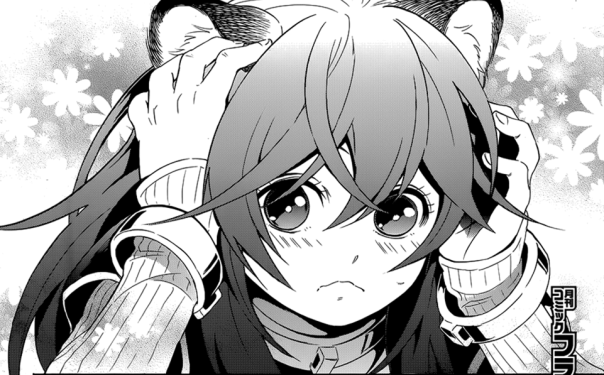 P.S. This has nothing to do with the topic, but Raphtalia is cute, so I’m going to finish this post with another picture of her.

Posted on January 11, 2019, in Anime Analysis and tagged tate no yuusha. Bookmark the permalink. 27 Comments.