How To Make Valentine’s Day Chocolate Like An Anime Girl 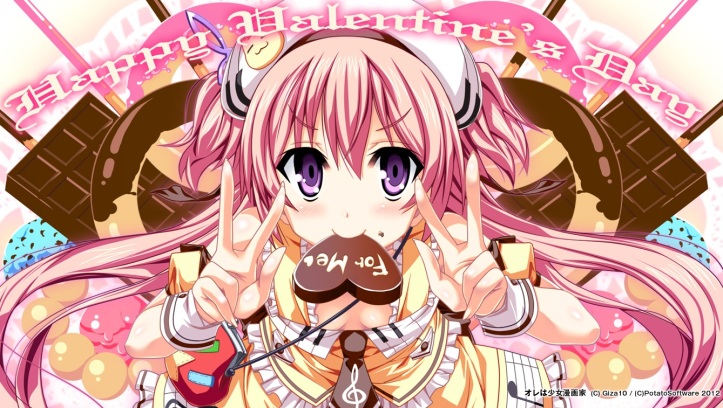 Since Valentine’s Day is tomorrow, I decided to embrace my inner anime girl and prepared homemade chocolates.

As you might imagine, I was very nervous with this undertaking. It was my first time doing something so ambitious or romantic. My heart went DOKI DOKI the whole time. I-It’s not as if I like anyone or anything, though!

Like all good waifus, the first thing I did was tell my mother that I *blush* wanted to make chocolate for Valentine’s Day. “And oh mother dear,” I said, “could you help me make it? Let’s make it a bonding activity!”

My mother said sure, and then proceeded to do absolutely nothing at all. She sat at the kitchen bench and played with her Samsung Galaxy while I got the ingredients together and did all the hard work.

The instructions are simple. I decided not to be so ambitious as to actually make the chocolate from scratch. Instead, I followed the advice of a random Wikihow article and set about melting chocolate blocks so that I could remould them into heart shapes.

I’m told that this is quite common to do because homemade chocolate is kinda tricky to get just right. If you are an anime girl, though, it just gets you cockblocked because you didn’t put enough love into the finishing product. 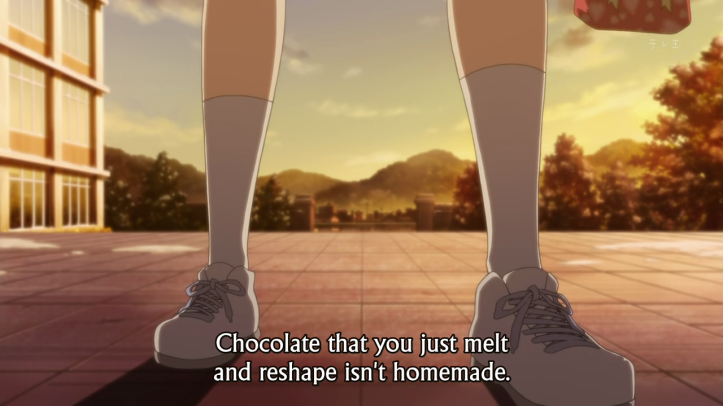 But that’s okay because I’m single.

The first thing I did was break up the chocolate blocks into tinier chunks. After doing this for about thirty seconds, I got a little bored of following the instructions, so I decided to make my own innovations to the formula. I broke up chocolates of different flavours – cookies and cream, hazelnut, strawberry and some random powders I found in the cupboard – and mixed them all up together to create my super mega deluxe chocolate.

The next thing I did was put the chocolate pieces into a plastic bag, which I then put into a bowl, which I then put into the microwave. I microwaved for about a minute or two and then looked at the bag. The bag was completely broken at the bottom and all the chocolate had leaked out. I took out the leaking bowl, only to realise I had forgotten to lay out a tray. So I dumped all the melted chocolate onto a plate.

That’s when I brought out my knife, thinking I could carve out the heart shapes then and there. Unfortunately, I found that knives are incapable of carving liquid. I also realised that not all the chocolate had melted and that there were lumps everywhere because I had not broken the blocks into equal-sized pieces. So I gave my attempts at carving a rest and stuck my work into the fridge, figuring I could get at it when it was hard.

After that, I watched some anime, read a novel, played an eroge, blah blah blah, and completely forgot about the chocolate’s existence. The next morning, my mother said, “How’s the chocolate going?” So I looked in the fridge and found the chocolate was as hard as rock and therefore impossible to cut with a butter knife.

My mother took a bite. Immediately, she turned pale and uttered some choice profanities. Then she turned and fled the room.

At this point, I was starting to get the sense that what I had created could no longer accurately be described as “chocolate”. Later on, I showed my brother what I had done and he said, “Get that away from me!”

My father said, “I wouldn’t even feed that to a dog.”

It was weird, though, because I had tasted the chocolate myself and I knew that it was still very sweet, just like chocolate is meant to taste.

I have no other choice but to conclude that the people in my family are just unfair and don’t recognise my cooking genius. But that’s okay. Tomorrow, I am going to see my friends and let them try some of my chocolate. I’m sure they’ll enjoy it!

Here is a photo of my creation: 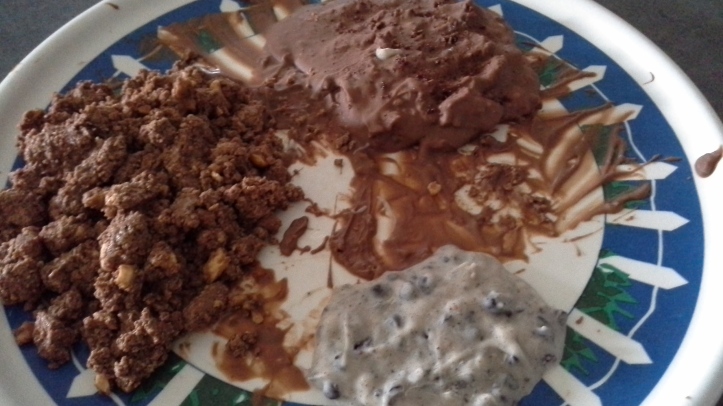