Anime Fandom and Growing Up “Asian” 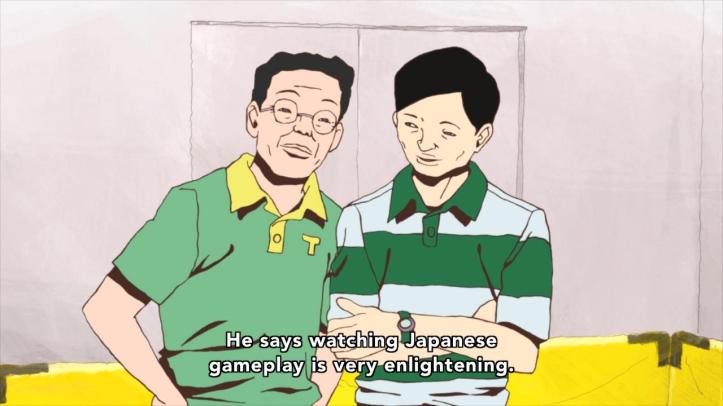 Lately, I’ve been thinking a lot about what anime fandom means to me. My “anime” life and my academic life are so tangled up together that I don’t actually know where one ends and the other begins.

My academic major is in Japanese studies and my goal in life is to translate professionally. One might call it a case of a hobby consuming my life, which I can definitely agree with to an extent. But I think it’s more accurate to say that my hobby was a springboard that allowed me to explore an increasingly relevant academic discipline. Being “literate” about Asia is an extremely important skill in today’s world, more so than ever before.

I could go on and on about Asia studies and how important it is blah blah blah but in the end, it comes back to anime. Anime was the first long-term exposure I ever had to an Asian culture outside of my own ethnic background, and many of the people I have met through this hobby are Asian, have Asian parents or family, or are connected to Asia in some way. I am half-Filipino myself. I might live in Australia, but for me, Asia is something that exists in my own backyard.

I’ve been extremely busy with my academics lately. I had my exams this week, and today I attended a conference about promoting “Asian literacy” across Australia. I got to talk in front of some really influential scholars in the field, including Koichi Iwabuchi, who asked me to share some of my experiences as a student studying an Asian language in Australia.

That got me thinking. It’s my incessant desire to understand the “Asian” part of myself and the world that drives me to study Asia as an academic. It’s why I continue to study Japanese, long after I’ve learned enough to satisfy the “weaboo” criteria. But can I really consider myself “Asia literate”? As in, do I really understand Asia?

That’s a question Asia scholars love avoiding, first by problematising what we even mean by “literacy” and then by problematising the concept of Asia itself. But I think the general idea behind becoming “Asia literate” is developing that ability to accept and to think critically about another culture as well as your own.

So I thought to myself: I’d like to keep developing my thinking so that I can reach that stage. I’d like to contribute to the discussion about Asia literacy, in my own way, through my silly little internet blog about anime.

Before I knew it, anime has become not an escape from reality, but a way to connect with real people. That’s pretty neat.

Edit: Rikuo asked me some questions about my personal experiences with Asian culture, so I’ve decided to copy-paste my response here for those of you who don’t read blog comments:

My mother is Filipino who immigrated here over twenty years ago and my father is a quintessential white guy (he even has red hair!). Perhaps it’s the nature of being half-Filipino, but I’ve always felt like an in-betweener in both mainstream Australian (Western) culture and mainstream Filipino culture. I also don’t identify on a personal level with East Asian culture or any other kind of culture at all. Basically, I don’t belong anywhere.

Growing up, I never had any real conception of my Asian-ness. I don’t actually get asked about my ethnicity too often because I don’t “look” Asian. I never learned to speak Tagalog. I hung around with other Filipinos and Vietnamese, but didn’t really know the difference between them. It was only until I began to study Japanese in high school that I realised that there was diversity around me all along, and I became more conscious of my cultural heritage.

At university, I’m definitely more connected to Asian culture than I was as a child. My friendship circle these days consists mostly of Asians, and many of my classes bring me in contact with other Asians. (My Japanese classes have introduced me to Japanese students and teachers, but ironically, none of my close friends are Japanese.)

As far as I know, the label “Asian-Australian” isn’t nearly as common as the American counterpart. I’ve always identified myself as just “Australian”, because that’s where I happen to live. Australians seem to consider Filipinos as “Asian”, but to the East Asian ethnic groups, we’re somehow perceived as “not Asian enough”.

That article you linked does describe a social reality I’ve also observed. While I can’t compare the situation to America, Australians tend to perceive East Asians in particular as “elitist” and intellectually superior. In other words, we buy into the Asian stereotypes like hell. Australia has an “anti-elitist” culture, so the presence of Asian international students seems to have caused an imbalance in Australia’s education system, where many Australian students find themselves demotivated by the high achievers. Growing up, I also felt somehow threatened and intimidated by East Asians (mostly the Chinese), often comparing my academic scores to an elusive, imaginary “Asian” as a way of motivating myself to do better.

As for whether I perceive myself as having an advantage over other students when it comes to Japanese studies – definitely not. In fact, I have always perceived myself at a disadvantage compared to the native Chinese and Korean speakers in my class. While there’s a roughly equally proportion of Asian and mono-Australian students who take Japanese initially, at the advanced level, the proportion of Asian students is, like, 90%. I find myself working very hard to keep up.

At the same time, I think if I do have any “unique perspective” with Asian studies, it’s through my hybrid identity – because I identify as both Asian and Australian, and also as neither. So I’m deeply conscious that the so-called divide between cultures is pretty arbitrary. But that’s not really a unique perspective, per se, since it’s the mainstream academic opinion, and many Asian-Americans such as yourself probably also identify as a hybrid more than with one particular group.