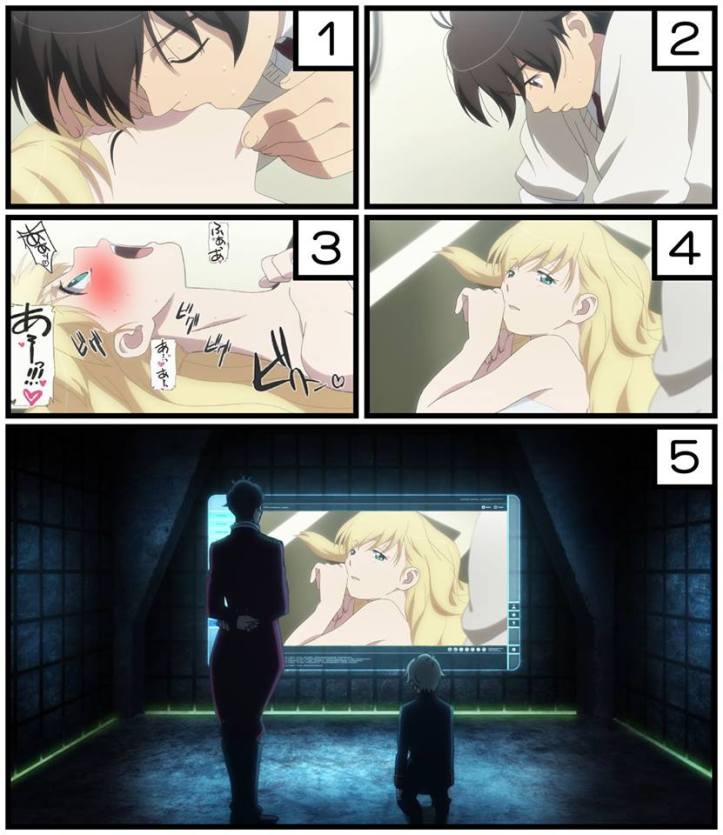 I never really gave a toss about the plot in Aldnoah.Zero. Firstly, it wasn’t a terribly well-written story and it had more than its fair share of contrived moments and convenient plot devices. Secondly, I was watching the anime without subtitles, which made the politics and the mecha-related mumbo jumbo even harder for me to understand. Not that I would have understood all that gobbledygook if I had turned the subtitles on. So I basically just gave up following the story and started shipping the characters instead. Half of them I don’t even remember their names.

But I did know the main three characters! I even wrote NTR fanfiction about them! And boy, was following their tumultuous love triangle the highlight of the season for me. I got really emotional during the last three minutes of episode 12, crying a river and drowning in my unending feels. I’m still not over it, so I wrote this post. These are just some various impressions about how I perceived their dynamic, with emphasis on the ending.

Point One: Inaho was a better match for Hime than Slaine was 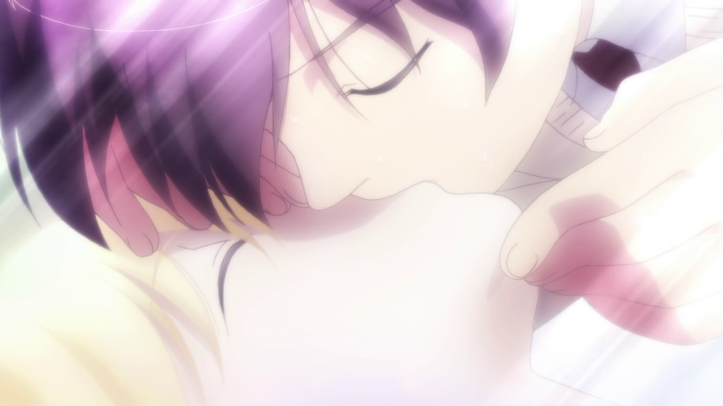 Then it hit me that Inaho didn’t show his emotion not because he was an unfeeling robot but because he was focused on self-preservation first. He wanted to be calm and rational because that saved lives. He put his own romantic feelings for the princess aside and ignored them. The reason he constantly told her he was only saving her because she was useful was to distance himself from those feelings, but the princess obviously saw right through that every time, because she continued to treat him warmly.

As for Slaine, we never really saw him interact with the princess at all outside of flashbacks. He knew about the princess’s kindness and her wish for peace, but I think he idolised her too much to really understand her as a person. Inaho got to know her better in their few short weeks together than Slaine did in years.

Point Two: Slaine did not kill Inaho out of jealousy

Slaine might be an idiot, but I think he acted with the best intentions, given his limited understanding of the situation he was in. He saved Saazbaum because Saazbaum was kind to him, and he wanted a solution that could save everyone. This obviously backfired, but Slaine had absolutely no way of knowing the princess was in the vicinity. Then Inaho pointed his gun at Slaine, thereby provoking him to shoot. At that point, Slaine no longer had anything to lose because the princess was dead. There was probably no other circumstance he would have shot to kill in cold blood.

In fact, had the princess remained alive and Slaine caught her making out with Inaho or something (lol), I don’t think he would have gotten into a flying rage. He had a crush on the princess, but he had always perceived himself below her station. So, much as it would have pained him to see her with someone else, he would not have voiced his jealousy. It was not his place. I doubt he would have been best buddies with Inaho even in the best of circumstances, though.

Slaine’s concerns for the entirety of the season was ensuring the safety of the princess. He cared about nothing else. Because of their misunderstanding in episode 7, he thought that Inaho was trying to exploit the princess. So when Inaho pointed his gun, it was natural for Slaine to shoot first.

I think Inaho wanted Slaine to kill him, though, because he was already weak and dying from the battle earlier and he saw no hope now that the princess was dead. Succumbing to self-defeat was the first irrational act we ever see from him. But even in the end, he is calm, because he has seen the way it will go and he accepts it with grace. I see that scene as an assisted suicide, but I doubt Slaine was aware of what was going through Inaho’s mind. 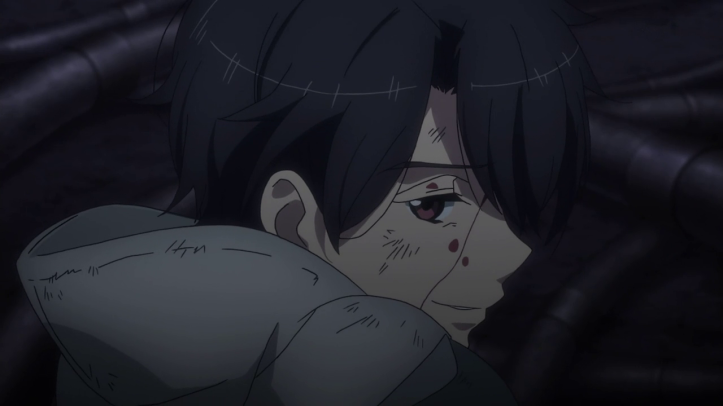 So I think that whole scene deliberately sidestepped the whole jealousy issue by being very plainly about more pressing things. We also never actually learn who Hime might have chosen had she lived. She obviously cared for them both deeply. My money would have been on Inaho, though.

With all the main ships in A/Z being pretty much sunk like the Titanic, only fanfiction and coming up with dumb Alternate Universe scenarios can keep my interest in this anime alive.

If A/Z were a shojo manga, Hime would be the daft and clumsy but well-meaning heroine. Inaho would be the stoic cool guy who slowly shows more dere characteristics as the story progresses and his TRAGIC PAST is revealed. Slaine would be the overly possessive childhood friend who is kind of rape-y in the way male childhood friends characters in shojo manga often are. Inaho would probably be the best character in this scenario, because unlike the majority of male shojo love interests, he would not be an asshole or an idiot.

This story would be perfect. I should send my script to A-1 Pictures in hopes that it will get animated instead of whatever lame continuation the scriptwriters are planning for the second season.

Point Four: I don’t think Inaho and the princess are actually dead

Aldnoah.Zero is a series that is full of bullshit. It likes to pretend that it is full of SHOCKING TWISTS when in fact it pulls all of its punches. I do think on a thematic/plot level, the series would be more interesting if the series had the guts to follow through on this twist, but somehow I think this isn’t the last we’ve seen of Inaho or the princess. My guess is that Inaho will return as a cyborg.

But whatever, this show is still entertaining. I really am attached to these characters and await Slaine’s suffering some more next season. I hope the love drama continues in some form. January can’t come soon enough!