People sure like to romanticise piracy. This was something that occurred to me after I published an article a few days ago called Explaining the English Light Novel Boom with Bookwalker Global, which didn’t mention piracy at all and yet sparked controversy on the subject anyway. As many of the comments argued, fan translations have played a part in popularizing light novels in English translation. Why didn’t I mention their existence?

In truth, I didn’t set out to snub fan translation in that piece. It was simply the case that the people I spoke to at Bookwalker Global did not mention it. The article was not intended as a comprehensive overview of the light novel industry; it was meant to showcase Bookwalker Global’s perspective on the subject. I thought that their views would be interesting because a) They’ve recently jumped onto the English light novel bandwagon with a clear rationale for doing so, and b) They are deeply connected to the Japanese light novel market.

Fan translations were clearly not relevant with Bookwalker Global’s choice of exclusive titles. Neither The Combat Baker nor The Ryuo’s Work is Never Done! had English fan translations when these releases were being decided, nor was there much hype for them on English-language social media. However, people still wanted me to talk about fan translation anyway. I suspect that they wanted me to romanticise their place in history.

END_OF_DOCUMENT_TOKEN_TO_BE_REPLACED

Reflections on 2016: My Taste Has Changed

Because of that, I can’t really explain my anime taste to anyone. I joke a lot about liking harems and light novel adaptations and whatnot, but when it comes to my absolute favourites, I don’t know how to describe them. Maybe it’s because they don’t fit easily into a single genre, or perhaps it’s because I can’t think of a particular reason for why they’ve captured my heart.

I’m looking at you, Code Geass…

Despite not being able to describe my tastes, however, I am certain of one thing: my taste has changed over the years.

END_OF_DOCUMENT_TOKEN_TO_BE_REPLACED

The long haul is finally over! After almost a year of research and writing, I’ve finally finished my honours thesis. It’s around 18,000 words in total. (I know!) I still have to format the thesis and get it checked by my supervisor one more time before I submit it, but all the hard work has been done.

As I mentioned in an earlier post, I can email the draft to anyone interested. Just let me know via the comments or Twitter. All feedback is welcome!

Here’s the abstract below:

END_OF_DOCUMENT_TOKEN_TO_BE_REPLACED 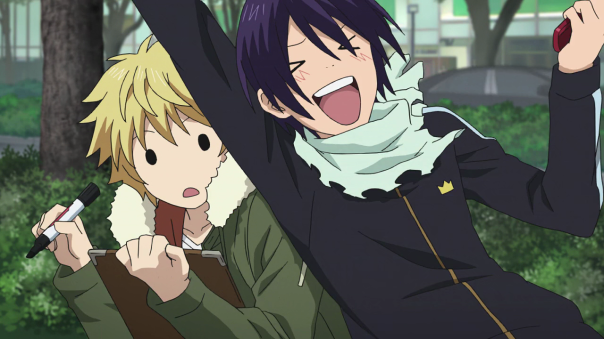 Hello, everybody! It’s that time of the year again! Time for anime bloggers to write long posts and poop on each other’s tastes.

This year, it was surprisingly easy to throw together a top 5 anime list. You see, I only finished about 5 anime. As I will explain in tomorrow’s post, this has a lot to do with my shifting interests as a blogger. If you want opinions on the latest shows, there are plenty of other blogs and reviewing sites you can go to. Personally, I don’t think that I add much new to the discussion.

But oh well, this post is for anime, so here we go!

END_OF_DOCUMENT_TOKEN_TO_BE_REPLACED

My Favourite Anime Ship of 2015

Aldnoah.Zero is not a terribly well-regarded show in the English-speaking blogosphere, but I enjoyed it. I even liked the much maligned second season. I think one of the things I liked most about it was how it fired a torpedo at every possible ship, even though nobody important died [OOPS, SPOILERS]. It was not a conventional ending, nor was it an emotionally satisfying one, but somehow it stuck with me.

One particular character I was fond of really seemed to get the short end of the stick, and I’ve been unable to get her off my mind since. That character was Lemrina.

I was tempted to conclude my 12 days of shipping series with a Me x Lemrina post, but since I’m not an anime character (I think?) I doubt it’ll ever work out between us.

So let me tell you about another person I shipped Lemrina with: her sister.

END_OF_DOCUMENT_TOKEN_TO_BE_REPLACED

Posted in Pairings and Shipping

Froggy Plays: Saya no Uta and Analogue: A Hate Story

I think I’ve figured out what I like to see in visual novels.

END_OF_DOCUMENT_TOKEN_TO_BE_REPLACED

I wrote fanfiction for nine years

END_OF_DOCUMENT_TOKEN_TO_BE_REPLACED

Thoughts on Being a Fan Translator

I was recently interviewed by Organization of Anti-Social Geniuses and 4PAnimeCast about my involvement as a light novel fan translator, my thoughts on the industry, etc. Links to the interviews below:

Organization of Anti-Social Geniuses: “Talking About The Future of Light Novels With a LN Translator”

The second interview is more in-depth, but hopefully you’ll find them both interesting.

Speaking of translation, I finished translating the Aldnoah.Zero novel recently, so check it out if you’re interested. I have also finally started work on Qualidea, but it’s just a casual project for me, so don’t expect it to be published online for some time yet.

As for my next blog post, my suspicion is that it will be about a manga or a visual novel.

That’s all for now. Ciao, my bromodachis!

Click the banner to open the translation in a new window!

END_OF_DOCUMENT_TOKEN_TO_BE_REPLACED

I will not be translating Oregairu any more.

Despite the date on this post, this is not an April Fool’s joke!

Oregairu volume 4 is complete, just in time for the second season of the anime. You can read the volume here. I mentioned well in advance that I would step down as the Oregairu translator after volume 4, and now here we are. There will be no more updates on the series at Nano Desu. The good news is that you can read the rest of the series at Kyakka.

Final thoughts about the series below: