The Henneko LN Has Been Licensed! + Personal Life Update 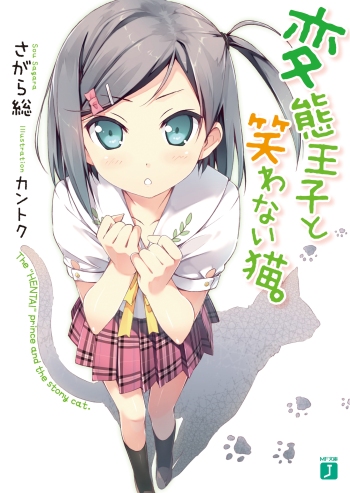 Of course, for those of you following the English translation on Nano Desu, this means the project has been formally ceased. If you haven’t, you’d better go read the translation while you still can. I worked on volume 1. The PDF/ePub versions are being taken down later today, but if you ask nicely, I might email you a copy on the strict condition you don’t go around distributing it.

At any rate, I’m honoured that a novel I worked on is getting an English release. I’m also grateful to Nurin and Shingetsu (the translators of volume 2) for their hard work, along with the rest of the Nano Desu staff. Henneko was the first light novel I ever translated and I’m still pretty proud of my work. Of course, since it was a first-time translation project, it’s plagued with minor accuracy errors, so I’m looking forward to the official release to settle the score.

I hope you choose to support the series, especially if you enjoyed reading the fan translation!

Speaking of translations, I still haven’t started on Qualidea. But I will soon. I promise!

See, the thing is, I actually haven’t had a break from translating light novels since I started Henneko around this time last year. Hard to believe it’s already been a year. Well, actually, it’s not that hard to believe, since translating sucks up a lot of hours in your day. Before I knew it, I ended up getting kind of burnt out, so now I’ve been taking an extended break.

You know, when I first started translating Henneko, I actually had no idea I would end up translating multiple book-length projects. I honestly just intended the whole translation gig as a fun project to do alongside my blogging, like writing a fanfiction or something. It ended up consuming all my free time, though. I miss watching anime and blogging about it, so I think from now on I’ll refocus my attention on those two things. Qualidea will get done, but at a leisurely pace.

As for my translation work after that, who knows. I definitely enjoy translation, but I can’t justify the time commitment for big projects without monetary compensation anymore. And I don’t accept donations on principle. Of course, I’m still really passionate about light novels, so I’ll definitely write about them if given half an excuse. In particular, I’d like to post more detailed summaries of untranslated works, like the Moeyo Pen post from last week. I’m also thinking of posting more translations of Japanese blog posts and maybe some interviews. Gotta put those translator skills to good use.

But for now… more anime posts, yes! If there’s anything in particular you’d like me to write about, feel free to leave a suggestion here. I’ve been slowly getting through the titles on the recommendations thread, so if there are any series you think I should check out, I’d be happy to hear about them.

Right, that’s all for now, folks. Hope you take care!