Translation Theory for Anime Fans: Postcolonialism, Feminism and all the other scary Tumblr words

In the 1980s and 1990s, translation theorists discovered social justice. It became very popular to talk about what it means to be an “activist translator” and the ways we can use translation to make marginalised minorities more visible. We call this the “cultural turn” of translation studies.

Sociology is still the dominant paradigm for translation theories today. This should come as no surprise if you think about it. Translation is an act of cross-cultural communication, so all the major sociological theories are a natural fit. In fact, I took up translation studies after majoring in Japanese language and cultural studies, and I’ve also taken courses in history and sociology. Postcolonialism and feminism are not new concepts to me.

Feminism… well, everyone knows what that is. (Or, at least, everyone thinks they know what that is.) I don’t want to get into any internet arguments about it so I’ll just say that feminism is about women’s rights and leave it at that. 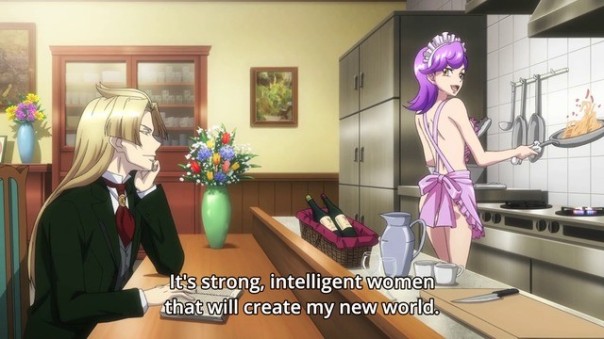 Postcolonialism doesn’t get talked about so much in pop culture, but it’s just as important when it comes to social justice. Postcolonialism is the study of the cultural legacy of colonialism. As we know, there was a period in time when European powers colonised much of the known world, and the ongoing effects of racism and imperialism are still felt today.

This post is a short compilation of some of the more detailed essays and reflections I’ve written about the subjects. I did them for my translation theory class so the language is pretty academic. But I do talk about a lot of my personal experiences as well, so I hope you find them interesting.

The links open to pastebin in a new window.

Thoughts on translation and (post)colonialism: I linked to this essay on Ask.fm a while back, and it’s related to my thoughts on cultural appropriation. The history of translation is one of subjugation. Dominant cultures have always been spreading their ideas through translation, a process which has helped stifle indigenous languages and culture. How can this trend be reversed?

Translation and ideology: Why do I translate illegally?: This essay talks in general about how ideology influences translation, with reference to the Irish language revivalist movement. I also talk about why I am a fan translator and a filthy pirate. It has something to do with the fact that I AM SECRETLY A COMMUNIST.

(Disclaimer: I am not actually a Communist.)

None of these essays talk specifically about feminism, so let me spare a few words to address the elephant in the room.

Historically, translation has always been compared – negatively – to women. You might have heard the saying: “Translation is like a woman. If it is beautiful, it is not faithful. If it is faithful, it is most certainly not beautiful.” This is not true about women or translations, but hey, it’s a catchy saying.

Obviously, feminist translators do their best to reverse such debilitating stereotypes, because they’re partly responsible for why translation is still regarded as a rather unprofessional occupation, despite how intensely difficult it is. Translators don’t get paid much, generally speaking. They’re also not expected to leave any of their personality in their work. That’s because translations are held to an unreasonable standard of “faithfulness” despite the fact that translation is inherently subjective. Translation will only be regarded as an art in its own right when the world at large recognises that faithfulness is not the entire goal of translation.

The other thing that feminist translators do is point out all the awesome female translators in history. For example, did you know that the person single-handedly responsible for introducing classics such as War and Peace to the English-speaking world was a woman? Constance Garnett produced a whopping 71 volumes of translated Russian literature, including all of Dostoevsky and Turgenev’s novels. She also did hundreds of Chekhov’s stories. This woman worked like a machine. But of course, pretty much nobody knows who she is because she was a translator and a woman. And those who do know her make fun of her for being the Google Translate of her time. It’s hard to win in this world.

There are some controversial feminist theories, though. Some feminists object so strongly to the whole “translations should be faithful” thing that they advocate rewriting the texts altogether, just to make them more feminist-friendly. To quote Sherry Simon, one of the prominent feminist translation theorists:

For feminist translation, fidelity is to be directed toward neither the author nor the reader, but toward the writing project – a project in which both writer and translator participate. (pg. 2)

– From Gender in Translation: Cultural Identity and the Politics of Transmission (1996)

In theory, this sounds quite nice, but it does lead to ethical problems, especially if the translator changes the intent of the original without taking the audience or the author into account. For example, if a translator removes sexist language in a text, aren’t they white washing its problems instead of opening it up to critique?

That said, I am generally okay with a translation making changes, even major ones. I would just prefer it if this process was transparent, so that the audience is also aware of what is happening.

Even more controversial (in my eyes, at least) is the contention that only women should translate texts written by women. This is related to the idea that for a very long time, translation has been done by people who didn’t actually understand the context of the works they’re translating. For example, back in the colonial era, we had lots of racist white guys translating Indian texts and not representing them very well. Feminists are right in saying that, assuming every translator was equally fluent in both languages, some translators are still more qualified to translate a particular text than others because of the experiences they’ve had. But the idea that only women can translate for other women is still problematic because not all women share the same cultural experiences.

Not to mention that discouraging men from translating women’s texts is a stupid idea to begin with. It only risks encouraging the kind of gender essentialist nonsense that feminists go out of their way to avoid. To say that only women can translate for women is like saying that only women can write female characters. I would urge people (particularly privileged folks) to do the proper research and be sensitive about culture/gender differences when they translate, but that is NOT the same thing as excluding them or devaluing their work.

So there you have it. As you might be able to see from this post, translation theorists can disagree with each other very strongly about things. There are no easy answers when it comes to translation, so all I can do is state my views as honestly as I can.

Do you agree with the ideas in this post and in my essays? Do you disagree?