← I don’t ship anyone in Oregairu, but if I had to choose…
Ikki x Stella is not a good ship → 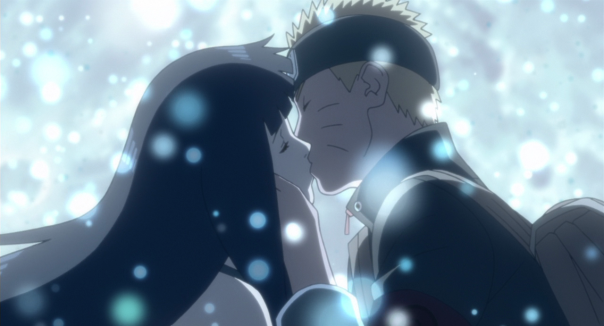 For those of you living under a rock, Naruto is a manga series about a ninja who wears orange. It also had a complete bullcrap ending. It was pretty much exactly the same as Harry Potter’s “BABIES EVER AFTER” ending. The Western Naruto fandom collectively flipped their shit over it. My favourite reaction has to be from a tumblr person who has since deleted their account, who had this to say:

I’m so upset right now, I just deleted everything Narusaku related in my computer, I tore up all my narusaku drawings that were hanging on my wall for years now, I threw away all my naruto manga & DVD collection into the garbage, I ripped apart all my posters…I literally wanted to burn everything instead but I live in apartments so I obviously can’t start a fire. I’m not bashing or anything I just feel like all of this was pointless…completely pointless. I wasted so much money…so much time… I can never get back…

So. It’s been a year. We’ve all had time to cool our heads and get used to the fact that Naruto and Hinata copulated and had a kid with the unfortunate name of Bolt. Sasuke and Sakura also had a kid with the even more unfortunate name of Salad. There’s even a sequel movie focusing on the kids, and it doesn’t look like the parents got a divorce. Are the Naruto shipping wars finally over?

I can’t remember the last time I gave a toss about Naruto. I did watch The Last: Naruto the Movie, but it was dreadfully lame. Evidently some people are still salty about the romance, though.

In November this year, YA author Amy McNulty published an article on Anime News Network entitled The Neverending Debate over the End of Naruto. The article was pretty much entirely a summary and contained only the bare bones of an opinion, but it was a nice refresher course on the intricacies of Naruto shipping. The comments, on the other hand, were all over the map. They ranged from “lol why is this even an ANN article” to “THAT ENDING WAS A PILE OF INCREDIBLY FETID POOP”.

Here are some of my favourite comments from the forums:

#847085: The naruhina was not wrong, there could be, but was not developed as the NaruSaku. sasusaku the shit is just an insult to all the fans and an insult to ethics.

BVerfG: Of course I supported Sasuke x Naruto, as any reasonable person would.

Myaow: My inner 14-year-old is so salty over Sakura becoming a housewife and naming her kid Salad! BOOOO.

infamoustakai: The bottom line is, Naruto and Sakura should’ve been together. Plain and simple. She had development and Hinata did not. All signs pointed to them being together and yet we come up empty handed. Development was thrown out the window to satisfy a large group of fans rather than having it naturally end. Because of that, I can’t be a fan of Naruto any more.

Animefun17: I loved how this manga ended and I thank Kishimoto for giving us Naruto.

totherpage95: both naruto and hinata are horrible parents in my eyes now and they were the “nice” characters in the original series but somehow when they are married to each other something went wrong.

Ifollowrivers:  I’m sorry, but this article is biased and misses the whole point Kishimoto tired to convey as well as misinterpreting the manga and Sasuke. If you want to write about this never ending debate do so with tact to the characters and Kishimoto. I’m sure he doesn’t appreciate his message being misconstrued on what is “the internet’s most trusted anime news source”.

Tyler Bregg: hell the damn animes still running and now we got Brouto even after the movie before it said Naruto THE LAST MOVIE NaurxHina is the one I was hoping for since I saw them remember back in the day when Sakura was usless and whiny and a shitty tsundere everyone I knew wanted NaruXsomeone else

Emb3rrzz: I could have lived with NH being shipped, i really didn’t mind but he [Kishimoto] made one of my favorite characters look like trash because he couldnt uphold his end in not shipping NS and that isnt ok.

SolidAndrew34: Forgiveness is key to the story so we should not criticize Sakura for forgiving Sasuke along with Naruto … I have loved Naruto since I was a kid and I still do as a man in my 20’s because I relate to it on such a personal level with Naruto’s kindness, message of hope, the desire for peace, understanding between people, and happiness it promotes between them.

Kyiba: Typical raging yaoi fans, they ignore Sasuke relationship with Sakura but think Sasunaru makes more senseDo tell , how could a ship which lacks Mutual development much less a development in their friendship be better than a ship which hassurpassed more than that.

So yeah, you can see that while the Great Shinobi War might be over, the shipping wars aren’t. Maybe Madara was right when he tried to destroy the world because of too much war.

← I don’t ship anyone in Oregairu, but if I had to choose…
Ikki x Stella is not a good ship →