← What I’ve been up to lately
What’s the appeal of those “stuck in another world” fantasies? Some Japanese bloggers explain →

What’s the author of Welcome to the NHK doing these days? 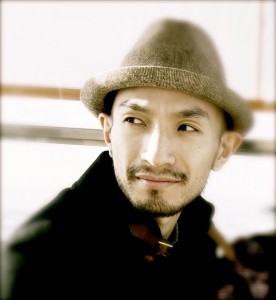 This was the burning question on my mind when I read the Welcome to the NHK! novel and saw what Tatsuhiko Takimoto had written in the second afterword. The Tokyopop edition translated his words as follows:

Several years have passed since I wrote, “I still will do my best after this.” I have not done my best. Proof of that is in the fact that I haven’t written a single new story. I’ve been reduced to a NEET, living as a parasite on the royalties from this book.

This afterword was written in 2005, three years after the novel’s original publication. Since then, Takimoto hasn’t penned any major works. He has published a smattering of short stories and serials in literary magazines and journals (among them Faust, which had two volumes published in English), but even Japanese readers refer to him as a one-hit wonder. So what is the author of Welcome to the NHK! doing these days?

If his official website is anything to go by, Takimoto has gotten into some spiritual stuff lately. He mentioned in an interview in 2013 that he’s into meditation, fortune-telling, tarot, the works. On the front page of his website, it plainly states that its purpose is “to create a new reality, to transcend 2D and achieve 5D.”

Learning about this took me aback, because in Welcome to the NHK! he sounded very disparaging about religion and spirituality. There’s a subplot in the novel where the protagonist Satou infiltrates a missionary organisation. Soon afterwards, one of the missionary children tells him in no uncertain terms that religion won’t save his soul:

“What I’m saying is, you guys should be sure not to make the mistake of joining up.” He sounded serious. “Everyone made a fuss over you today, right? Everyone seemed happy, right? You probably thought something dumb like, ‘maybe I could get along with nice people such as these,’ right? You’re wrong. That’s their trick. They’re not acting out of any kind of selfless love. It’s a way to get you to convert.

It’s well known that Takimoto based Welcome to the NHK! off his own experiences and outlook as a hikikomori, so we can take this scene as an indication of what Takimoto thought of religion at the time of the novel’s publication. Even in 2005, he was saying in the afterword: “These are days when I can’t hold onto any sort of conviction that God actually exists.”

Now, stories of people hitting rock bottom and finding some kind of salvation in a spiritual craze are pretty common, so it’s not too surprising to hear that Takimoto got into spiritual stuff. It seems like his love affair with fortune-telling has been a rocky one, though. Apparently, he started living with a female spiritual healer in 2011, but by 2012, they had already ended their relationship and Takimoto was living in an apartment outside Tokyo. (This is according to what some folks on 2ch said was written in the afterword of later editions of Boku no Air; I haven’t confirmed this for myself.)

As you can imagine, Takimoto is not a very public person, so it’s difficult to find out about the details in his life. He used to have a blog and Twitter account, but he deleted those some years ago. Funnily enough, however, there was a short time after NHK!’s publication when he did make a number of public appearances, as evidenced by the schedule still listed on his literary agent’s website.

The most infamous of Takimoto’s public appearances was in 2005 as a guest on BS Anime Yawa (literally “BS Anime Night Talk”), a TV special hosted by Toshio Okada on the NHK BS-2 satellite broadcasting service. The specials feature round-table discussions on classic anime shows, as well as behind-the-scenes insight into the productions. The anime being discussed: Neon Genesis Evangelion.

(I managed to dig up a video of the entire special on Youku, the Chinese video streaming website. No translation, sorry!)

Takimoto’s appearance caused a ton of controversy at the time. It was easy to see why after watching the special. Not only does Takimoto claim to “respect” Shinji for running away from his problems, he also picked out the scene in End of Evangelion where Shinji masturbates to a comatose Asuka as his favourite part of the entire series…

The uproar about this broadcast was apparently so huge that a lot of 2ch threads about it were deleted. Moreover, the feedback was overwhelmingly negative. After this incident, Takimoto reduced his public appearances drastically. (Coincidence? Maybe there is an NHK conspiracy after all!!!!1!!!)

It also just so happened that the person who first introduced Takimoto to all the spiritual stuff was a staff member on this very program. At least, that’s according to Nico Nico Pedia. It seems that this television appearance was a turning point for Takimoto in various ways…

Also, this shouldn’t surprise anyone, but Takimoto has stated that he is a huge fan of Rei Ayanami.

Between the years 2003 and 2010, Takimoto’s writing career fell by the wayside. He didn’t publish his next book, Boku no Air, until 2010, and it does not appear to have been well-received. Part of the reason behind the delay was Takimoto’s perfectionism; he apparently spent years revising Boku no Air until it was collected into book form. But another reason was crippling writer’s block, caused by what I can only imagine is a variety of complex issues.

Honestly, it was always clear from Takimoto’s depiction of the hikikomori lifestyle that his own life was not a pretty one. His descriptions of hallucinogens were detailed enough to convince me that he didn’t get his info off Wikipedia. Some parts were clearly exaggerated for comedy’s sake, but there’s a sense of raw honesty within all that dark humour. The narrative’s structure conveyed the protagonist’s mood swings extremely well. For his trouble, Takimoto was named “The Top Runner of the Hikikomori Generation” (引きこもり世代のトップランナー) after his debut.

What sets Takimoto apart from other so-called hikikomori writers such as Yuuya Satou is that it always felt as if he was looking for a way out of his self-imposed prison. He wasn’t just satisfied with making self-deprecating jokes that glorified his lifestyle in a perverse kind of way. Welcome to the NHK! ended without Satou leaving his hikikomori ways, but the story did have a message of hope. That hope is different from the hope of spiritual salvation which Takimoto now preaches. Yet I believe that both messages come from a similar emotional place, from an author who knows better than anyone how difficult it is to find lasting happiness.

Unlike Welcome to the NHK!, however, Takimoto’s story hasn’t ended yet. His life is still going through ups and downs, with no conclusion in sight. At this stage of his life, he is a prolific writer who updates his website almost every day. I haven’t read the novels he has posted online yet, but I would like to give them a try one day to see how his voice strikes me.

Whatever he’s doing these days, I sincerely hope that Takimoto manages to find some kind of peace with himself. He deserves that as much as anyone. Best of luck to him.

← What I’ve been up to lately
What’s the appeal of those “stuck in another world” fantasies? Some Japanese bloggers explain →