October 2016 Update: Why I Support Anime Feminist, And More 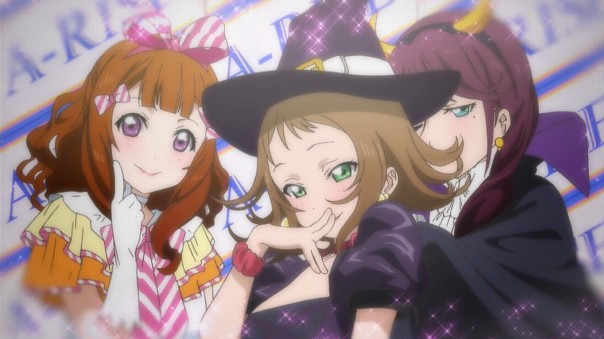 Here is where I should be apologising for the lack of blog updates lately, but if you ask me, I’ve got nothing to apologise for. Perhaps you might have come across my writing somewhere? Let’s run down the list of websites I’ve contributed to this month, plus some thoughts:

This is my third month writing at Crunchyroll. I still have a job there, so I must be doing okay.

It’s been fun writing for Crunchyroll so far. I get a lot of editorial freedom, so I’ve been writing about all sorts of topics, from Taiwanese puppetry to how to watch anime in Japan. The theme is “Found in Translation”, but I don’t just write about translation itself. The column has become a loving tribute to the growing internationalisation of anime production and fandom. I hope you find my pieces there interesting!

I want to stress that I don’t get told what to write about. There’s a whole lot of stealth marketing for various anime and light novels (especially light novels), but I pick the topic every week. In these cases, I am genuinely passionate about promoting things that I like. However, my anime recommendations are restricted to shows that are available on Crunchyroll, for obvious reasons. I don’t know how I get away with the light novel plugs, though.

The bias towards cute anime girls in the header images is also 100% my doing, in case you were wondering.

This was my ANN debut, so it was quite nerve-wracking for me, but it looks like the article went over well. Zac Bertschy even told me I was welcome to pitch another article there anytime, so who knows… I may stink up the place with another LN article one day.

I’m really surprised at how easily this happened. You see, at the time, I had just been rejected by McDonald’s, so I was feeling like an unemployable piece of shit. I was looking for things to do to fill up my job prospects plan, so I pitched a random article at ANN, expecting them to ignore my emails like the 20+ organisations I had contacted so far. But only a few hours later, Zac responded, saying he was a fan of my Crunchyroll stuff and had been thinking about contacting me to write for ANN first (?!?!?!?!). And the rest, as they say, is history.

I have a few people to thank for that ANN piece. Cho and Melody from English Light Novels looked over my draft, as did Callum May from The Canipa Effect and Amelia Cook from Anime Feminist. These people helped improve the article’s accuracy and flow. Any errors that remain are mine alone.

I also have to thank Zac Bertschy for giving me a job when McDonald’s wouldn’t. Yippee!

I’ve been a financial supporter of Anime Feminist since the day it launched. I also got to participate in a roundtable discussion about the politics of Shin Godzilla, which was a total blast. The site is still very new, so I hope everyone gives it a fair shot before deciding whether or not it’s for them.

As it turns out, my involvement with AniFem was actually somewhat controversial in certain corners of the fandom. Nobody ever actually approached me to clarify my relationship with AniFem, but in the following days, I saw people aggressively quizzing Miles on Twitter about Crunchyroll’s possible, erm, “collusion” with the feminist agenda. People were seriously worried that Crunchyroll would start censoring or withholding anime. Poor Miles had to keep explaining that Peter Fobian and I are merely freelance writers, and that Crunchyroll would not be changing its policies anytime soon. Not that the goal of AniFem was censorship in any shape or form, but it’s nice to know that I can still watch anime girls slap their butts against each other any time.

Anyway, since we’re here, I probably should explain why I became involved with Anime Feminist. I have identified as a feminist before; I am broadly in agreement with the goals of feminism. But I would not have joined this particular project if I was not convinced that it was committed to intersectional feminism. The site has already featured an interview with an independent manga artist in Tokyo, with the promise of more to come.

As I’ve stated on the Patreon page, I’d like to do some translating for the site, and maybe shed some light on untranslated manga/LNs/games for women. (Something like this post on light novels for girls, perhaps?) On the other hand, I probably won’t be contributing many editorials to the site. I provide feedback on articles and do some fact-checking, but that’s about the extent of my involvement so far. Honestly, feminism is not my area of expertise; I’d rather create a space where productive conversations about feminism can happen while being fully respectful of cultural differences.

But that’s enough feminism for now. To be honest, I’ve been pursuing my light novel agenda much more aggressively this past month. I recently contributed to a joint editorial with Cho and Melody about the first volume of Oregairu for English Light Novels. I also contributed to another editorial for that site, which will be coming out sometime in November.

It was quite a bit of trouble putting together that Oregairu editorial. It took a while before we had all received our copy of the novel. In the end, we only had about a week-and-a-half to write our contributions before the post went up. It was also my second time writing about the book that month, so I had to come up with a different angle to write about it. I chose “service” as a theme because it encapsulated a lot of what makes Oregairu tick as a series. I’m not sure how we’ll tackle volume 2, but I’m interested in doing more “book club”-type posts. I’d love to see more people reading and discussing light novels in depth.

By the way, I’m quite a fan of the title of the editorial: “THE RULES ARE MADE UP AND THE POINTS DON’T MATTER”. Cho deserves full credit for coming up with that one. 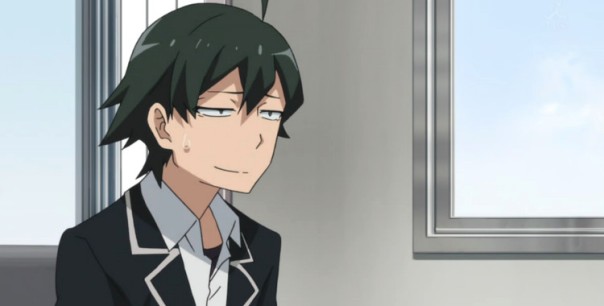 I’ve slowly been getting sucked into sakuga hell these last few months, which culminated in me translating a piece for Wave Motion Cannon: a 2005 interview with Akiyuki Shinbo. I’ve also been commissioned to translate parts 2 and 3, so look forward to seeing those in the coming weeks.

Translating this interview was incredibly tricky. It turns out that translating something related to anime production requires specialist knowledge, or at least a great deal more knowledge than the average fan possesses. In my case, I was very lucky to have others assist me with my translation – special thanks goes to karice, my very knowledgeable translator friend. Without her, I’m sure I would have made some serious mistakes. The last thing I want to do is spread more inaccuracies in a fandom where misinformation is rampant!

As for the interview itself, it’s pretty interesting in my view. This is all before Studio Shaft became a thing, and the insight into Shinbo’s early career is fascinating. In particular, Shinbo talks a lot about what went on behind the scenes with Le Portrait de Petite Cossette. It’s a three-episode OVA with some fantastic art direction. It also has horror elements and a goth loli, making it a perfect show to watch on Halloween.

And on that note, Happy Halloween, everyone! As you can see, I’ve been very busy this month, so I never really spared a thought for Halloween, but I hope you have a good time.