← January 2017 Update: What’s With All the Hate against Yuri on Ice?
The Important Takeaways from the J-Novel AMA on Reddit →

Seiren is a very romantic show 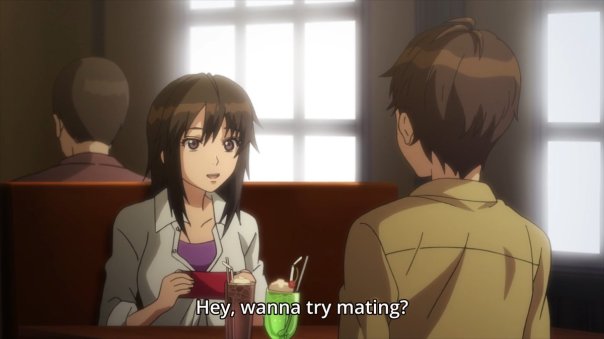 I had nothing better to do on Valentine’s Day so I decided to watch all of Seiren so far.

Episode 3, titled “In the Men’s Bath”, is a masterpiece. In this episode, the guy and the girl go into the men’s bath because the girl feels like showing off her bikini. The bikini is great and all, but I love the episode mostly for the dude wearing the girl’s pareo. 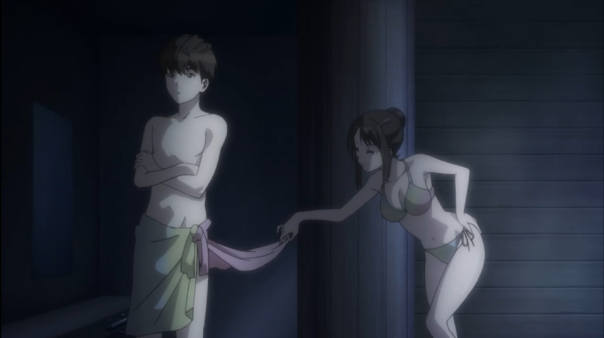 Later on, we even get to see his boner through the pareo. 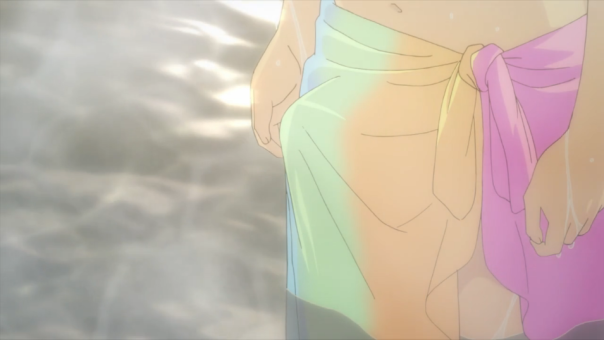 As you can see, Seiren is VERY GOOD STUFF.

Episode 6, the latest episode, is also notable because it had the “Hey, wanna try mating?” line. The guy and girl are just talking about deer, which is all nice and innocuous, but then a minute later the girl takes the guy’s cherry out of his drink and eats it. HMMMMMM. 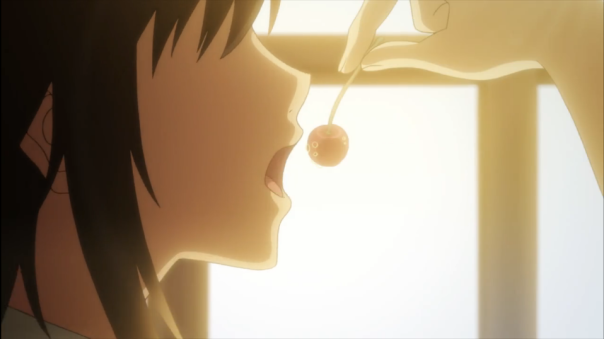 At this point, I should stress that this anime doesn’t actually have that many ecchi fanservice tropes. I mean, sure, you do get to see the first girl in a bikini, but the camera angles are genuinely not sleazy. And when the guy gets turned on by the sight of her in a bikini, he fixates on her navel instead of her breasts. It’s not just a weird gimmick; the male gaze of the camera feels reflective of the boy’s sexuality as an individual. This makes the sexually charged scenes feel more intimate and particular to their relationship instead of just “fanservice” aimed at a voyeuristic audience. 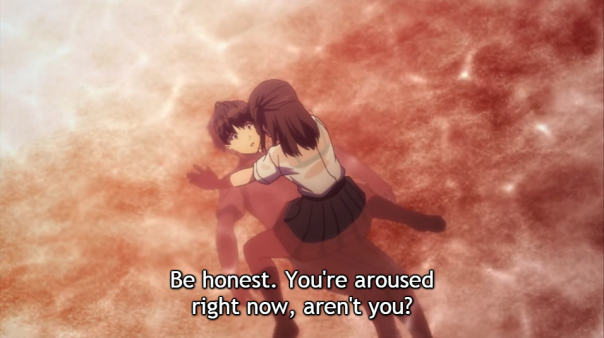 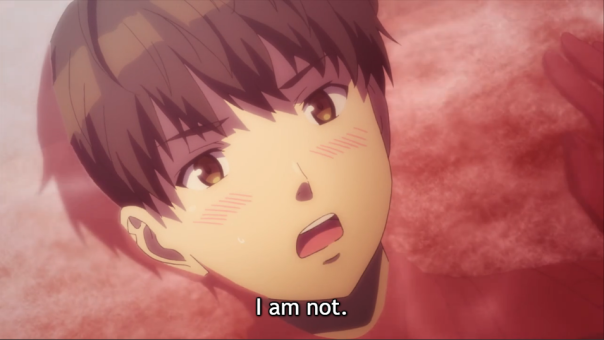 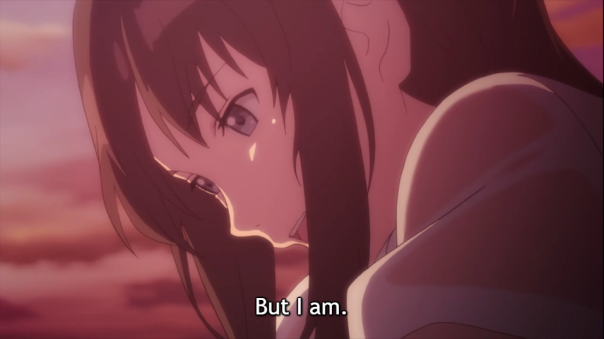 It makes me sad that people have been dissing Seiren. It’s actually good, I swear! …with one big caveat, that is.

(SPOILERS FOR EPISODE 4: It’s a pity that the actual hookup part of episode 4 was poorly done. It beggars belief that two teenagers who awkwardly flirted each other for a few weeks and then parted ways from each other would still be madly in love five years later. But the flirting scenes are so good that I don’t mind that the actual romance is lacklustre.)

On the subject of teen romance, Scum’s Wish is also pretty honest and upfront about sexuality, albeit from a different angle, so it feels like this has been a pretty good season for teen romance generally.

When it comes to depicting sexuality, are there any anime romances you’d recommend?

← January 2017 Update: What’s With All the Hate against Yuri on Ice?
The Important Takeaways from the J-Novel AMA on Reddit →