May 2018 Update: I’m A Twenty-Something Year Old Anime Journalist, But I’m Being Swamped By Light Novels Because They’re Cooler Than Anime 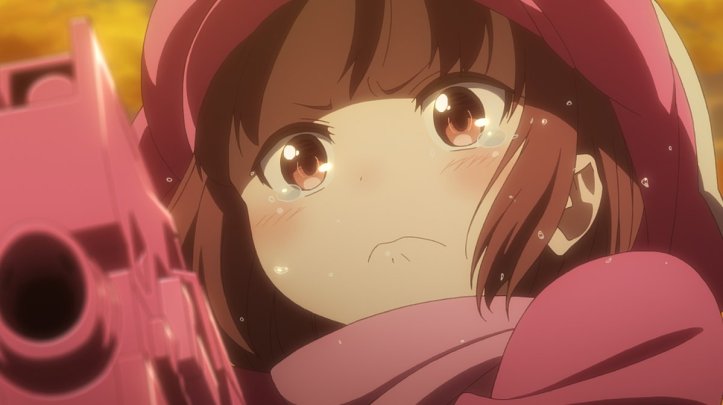 Hello, friends! I just got back from a week-long trip to the Philippines and am typing this blog post in a state of bone-dead exhaustion. So I’ll keep this month’s update brief.

First, I want to highlight my favourite thing I wrote this month: How Keiichi Sigsawa Went From Writing Kino’s Journey to Sword Art Online Alternative. Even if you know all about how Sigsawa is a gun otaku, I think you may learn some new things about him from the article! For the sake of research, I even read all three volumes of I’m A High School Boy and a Successful Light Novel Author, But I’m Being Strangled By A Female Classmate Who’s A Voice Actress And Is Younger Than Me, which was an interesting experience, to say the least.

To my disappointment, the story isn’t actually as dumb or over-the-top as the title makes it out to be. But it’s actually well worth a read for completely separate reasons. Namely, it’s the most insightful thing I’ve read on what it’s like to be a bestselling light novel author; the book goes through every step in both the art of writing and publishing process at Dengeki Bunko. If you’re an aspiring author, you’ll probably get a lot out of it, and if you’re a nerd like me who likes swallowing facts about light novels, you’ll probably get even more out of it.

For those of you wondering, “So does the high school light novel author actually get strangled by his voice actor classmate?” the answer is yes, but the novel takes simply ages to get around to it. Every chapter begins with a flash-forward to the strangling scene, but it actually happens toward the end of volume 2. The meat of each chapter is dedicated to the long conversations the titular characters have about light novel stuff.

Meanwhile, volume 3 scraps the “light novels for dummies” course and delves into the psychology and backstory of the high school light novel author. This volume makes it absolutely clear that the protagonist is not a self-insert for Sigsawa and is not based on any existing light novel author in the industry. This volume has some surprises and it does address the anticlimactic ending of volume 2, but the story and characters is really not the reason why you’d get into this novel series. I still thought that the characterisation was kind of flimsy even by the end of it.

Due to its mundane subject matter, I doubt that this series will ever get an official English translation. There is a fan translation on Baka-Tsuki by Teh_Ping, so you should read that. Although I am not usually comfortable with endorsing a fan translation of copyrighted media, I feel that this case is almost like translating a long-form interview with a creator. I would like the information inside the book to be available to everyone.

Also, I’m sure you chuckled at the title of the book and thought to yourself, “Light novel titles are getting more and more ridiculous these days!” so here’s a short exchange in the book that you should pay attention to:

“Such titles aren’t really uncommon in sci-fi. Do you know the original title of the movie ‘Blade Runner’?”

“‘Do Androids Dream of Electric Sleep?’ The Japanese version uses the direct translation, and the English title is this long. There are also some titles that are really long in movies, so I think the trend of titles being so long they’re sentences isn’t just restricted to light novels.”

There are other bits and pieces of valuable information and insights like that, so I really recommend that light novel fans read the first two volumes.

Speaking of light novels facts, I was quoted in an article Emily Balistrieri wrote for the Global Literature in Libraries Initiative: The Vast Light Novel Universe. Emily is the translator of Overlord and Saga of Tanya the Evil, and I respect her work a lot, so I was very flattered when she reached out to me!

However, the person with the most interesting quotes in the article was Paul Starr, editor at Kodansha and former translator/editor at Yen Press. He had this to say: “My hottest take after doing this for quite a while is that translating long works of serial fiction is incredibly difficult, and the industry as it works right now isn’t set up to ensure consistently good translations—realistically speaking, quality and accuracy falls solely on the shoulders of the translator, and translators vary hugely in their various strengths and weaknesses.”

This is something I experienced for myself when I translated Mari Okada’s biography, although I will note that J-Novel Club has a thorough screening process for translators, which does improve the quality across the board, I think. J-Novel Club has a good reputation when it comes to quality of translation, while Yen Press’s is more mixed, but the industry as a whole has a shortage of bilingual editors, and that could stand to improve.

Wait, I said at the start of this blog post that I would keep things brief, but I’m already almost at 1,000 words. And I haven’t even talked about my trip to the Philippines, which was so uneventful that I finished six light novels in one week. That’s right – even on my break I’ve been reading light novels.

Thankfully, I did do some anime-related work in May, so here’s a quick list of anime articles I worked on for Anime News Network:

The Yuri Show Must Go On: Yuri Fair 2018 Makes Do Despite Initial Setbacks

Hajime Isayama Shares His Inspiration for Attack on Titan

A Public Farewell to Isao Takahata at the Ghibli Museum

Rohan Kishibe Gets His Own Personal Exhibit at Shibuya Tower Records

Meet the Creators of Let’s Pop Together

And now, stay tuned for my next blog post, where I review the Dengeki Novel Prize winners of the last three years!