← Which Sword Art Online Spinoffs are Must-Reads?
I’m Fine With These Pokemon Being Removed From The National Pokedex → 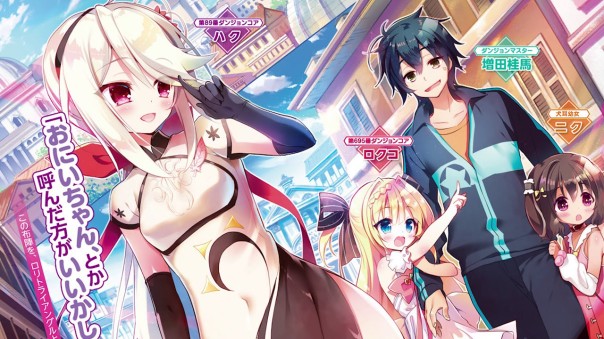 I’ve always been fascinated with monsters. They follow a system of morality that isn’t the least bit concerned with human rights. Racism? Bigotry? Inequality? None of that registers to them. As far as monsters are concerned, all human lives are equally worthless.

So what if a human became a monster? Or what if they were given incentives to see the world the way a monster does?

In the world of the light novel Lazy Dungeon Master, there are monster hives called dungeons, and each dungeon has an intelligent “Core” that makes decisions and manages the monsters that live within. Whenever a human or monster dies within the dungeon, their life energy is converted into “Dungeon Points” (DP), which the Cores can use to customise their dungeons. The idea is to lure adventurers into the dungeons and kill them for points in order to ensure the dungeon’s continued survival. If all living creatures can be converted into DP, and if monsters can be spawned infinitely as long as you have the currency, then the system encourages you to itemise everything, including lives. 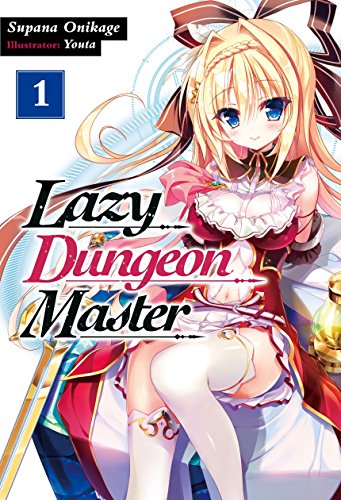 This is the standout aspect of Lazy Dungeon Master. The protagonist Keima is a human, but he is primarily a dungeon master, and his sense of ethics is skewed accordingly. When a human dies inside his dungeon, all he thinks is, “Thanks for the DP.” When bandits camp in his dungeon, where they kill and rape without mercy, Keima doesn’t lift a finger to stop them because he gets benefits out of it. He vaguely wonders if he should intervene to save a sex slave, but then concludes that he’d be a hypocrite to save a life after egging the bandits on to kill other humans.

By human standards, Keima is absolutely amoral, but at some point, I stopped thinking of him as a “human” character, because he doesn’t occupy the kind of position in his world that a human would. Most Dungeon Cores are monsters, after all. Other Dungeon Cores and Masters are shown in the story, and all of them are just as callous towards human life as Keima is.

On the other hand, Keima is definitely hypocritical in a way that only a human could be. For example, even though he didn’t save one of the slaves from the bandits, a few scenes later he saves the other slave anyway. He rationalises it to himself by claiming he wanted a “dakimakura,” but the fact that he felt the need to justify his choice in the first place makes clear that he was aware of the hypocrisy. 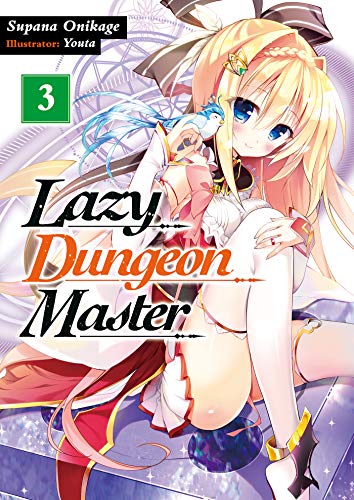 In volume 3, a so-called “Hero” takes on Keima’s dungeon, and he is characterised as a monumental asshole. He has slaves whom he physically and emotionally abuses, and he even kills one of them in front of Keima just to make a point of what an asshole he is. It’s the first time in the series that Keima takes issue with someone on a moral level. You just know you’re a prick when goddamn Keima comes out looking benevolent next to you.

Ironically, this confrontation is Keima’s biggest moment of hypocrisy. Keima pauses every few moments to think, “Hey, at least I’m not as bad as that guy!” Sure, Keima has slaves, but he doesn’t beat them or anything. He only exploits their free labour to run his overpriced inn that he reaps all the profits from. Sure, Keima kills people, but he only does it from a distance with traps and so forth, rather than rubbing it in other people’s faces. Keima commits evil in all the kinds of ways that he can emotionally distance himself from, so that he can shrug off any accountability.

Keima is awful at being a monster because he thinks too much like a human. If he really didn’t care about human life, he wouldn’t be making these kinds of excuses to himself as if the distinctions actually matter. More than his actions, it’s his attitude that pisses me off. My favourite characters in this series ended up being the actual monsters, who kill and eat humans without discrimination. Even the monsters with human-like intelligence and/or appearances don’t place any particular weight on human lives, as if that’s the natural order of things.

Lazy Dungeon Master offers an interesting glimpse into a worldview where human life is just game. It’s refreshing to see these typical medieval fantasy worlds through the point of view of the monsters or even the dungeons themselves – it’s one way to stand out in an overcrowded genre. Unfortunately, Lazy Dungeon Master doesn’t live up to the appeal of its premise, and that’s almost entirely the fault of its main character. If only Keima’s outlook really was inhuman.

(As a side note, the progression of the story is half-assed in general. Keima claims to be lazy and that all he really wants is a comfy place to sleep without people bothering him, but he keeps putting in the work to upgrade his dungeon even when he doesn’t need to. He seeks perpetual financial growth even though it would only put his life in more risk in the long run, as more powerful adventurers will seek to destroy his Dungeon Core. And there’s nothing he wants to achieve with his wealth, except for more growth for the sake of growth. Perhaps that’s simply another metaphor for the banality of evil.)

← Which Sword Art Online Spinoffs are Must-Reads?
I’m Fine With These Pokemon Being Removed From The National Pokedex →