I’ve never understood the hipster mentality. While it’s true that not all popular things are good, I don’t see the point of getting mad about the duds or attacking the fans for being mindless sheeple or whatever. Take Sword Art Online, for instance. This series has a laundry list of flaws but the Youtube reviews in particular blow them way out of proportion. What is it about SAO that inspires so much ire? I have no idea, since its narrative flaws exist in just about every mediocre anime ever. Even if I disliked the series, it’s just not worth the energy to rant about.

The above paragraph is fairly moot since I actually like SAO, and I wrote multiple articles this month apologising for it. On Anime News Network, I wrote a piece on Reki Kawahara’s career, arguing that he’s improved as an author over the years and that SAO is mostly the product of his amateur web novel author days. On Crunchyroll, I praised SAO‘s visuals and pointed out that the anime is a good adaptation of the novels, all things said and done.

All this SAO talk was in anticipation of the Ordinal Scale movie. I was particularly looking forward to it because I got the opportunity to write interview questions for the creators, and I knew beforehand just how much love and hard work had been poured into it. The film was a pure fanservice from start to finish, but let’s not interpret that in a negative light. I think iblessall put it best in his review of the movie:

…it was delightful to see Ordinal Scale speaking a language only those who care about this franchise—warts and all—can understand. In the moment when we see Starburst Stream unleashed once again or Yuuki’s spirit embracing Asuna as the Mother’s Rosario Sword Skill appears in a burst of purple lights, the film clearly, unavoidably asks but one thing of its audience: “Remember. Because if you remember how you felt when you watched Sword Art Online, this is for you.”

I’m sure that this film has its fair share of detractors, but Ordinal Scale was unquestioningly Sword Art Online at its best (to me, at least). Can we finally agree that SAO has its legitimate good points?

END_OF_DOCUMENT_TOKEN_TO_BE_REPLACED 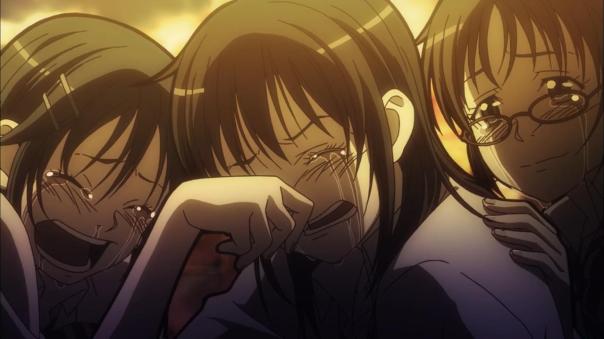 The year is 2014. Japanese cartoons featuring googly-eyed anime girls have taken over the world. What better way to spend your days in this post-apocalyptic world than to start a blog where you can freely  write about your love of anime?

In all seriousness, I really encourage anime fans to express themselves and to get involved in the community. So here’s a post advertising some up-and-coming blogs under the guise of an award.

END_OF_DOCUMENT_TOKEN_TO_BE_REPLACED

What I Do When I’m Not Watching Anime 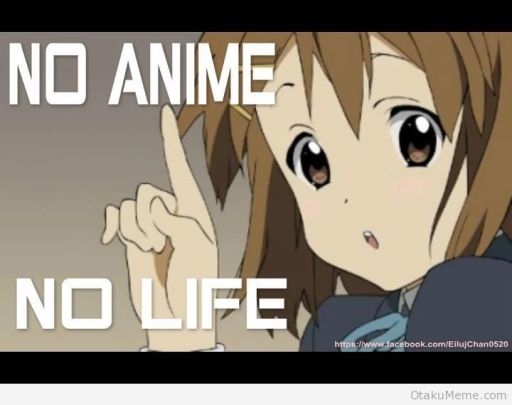 Contrary to popular belief, I have a life outside of anime.

END_OF_DOCUMENT_TOKEN_TO_BE_REPLACED

Tags: clannad, Death Note, i am a pretentious lit nerd, me and my boring life, one piece, Toaru Majutsu no Index, yugi-oh