Is Anime Getting Worse?

They sure don’t make anime like Cowboy Bebop anymore, that’s for sure.

It’s a pretty common sight on Internet forums and blogs. You might even know someone in person who thinks like this or you might be one of these people yourself: the jaded anime viewer who believes that anime in general is getting worse. The quality of the storytelling isn’t as consistent as it used to be, it’s getting too commercialised, too fanservice-y, too much moe, not enough substance, etc.

Are these people right? Is anime really getting worse?

This is actually a really hard question to answer with any degree of certainty, because it really depends on how you define ‘worse’ in this context. For the sake of argument, I’m going to assume it means something along the lines of ‘not as enjoyable as it was previously’, but again, we’re dealing with a pretty nebulous concept here. In fact, before I can even offer my own take on whether or not anime is getting worse, I feel I need to tackle some of the assumptions that goes behind making a statement like that.

When people say that something is getting worse, that directly implies that it was better before. And this idea of something being better before is deeply rooted in its original appeal. So let’s briefly look at how anime was originally perceived in the West and what drew consumers to it.

I can still vaguely remember the days when there was this wide-spread assumption that all anime had tentacle rape in it and people who actually watched anime felt compelled to defend it by pointing to titles like Ghost in the Shell and Akira. Those were the ‘good old days’, when all the anime that was ever localised were darker, maturer stories, often released in a short OVA format or a movie. The English-speaking anime audience was fairly niche and they were only ever getting to see the particular standout hits from Japan. This obviously means that they weren’t exposed to as many potential duds like we are today, because Internet piracy and bootlegging wasn’t that far advanced yet. 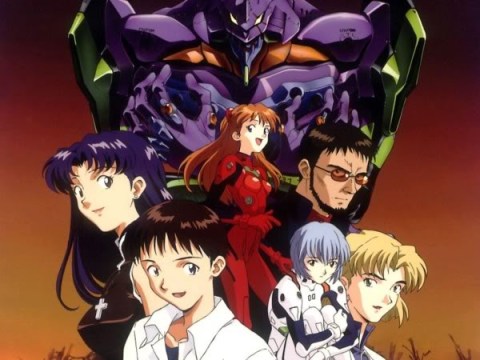 Neon Genesis Evangelion revolutionised how anime was perceived in the Western market. Suddenly they had this full-length, widely popular TV series that was dark, philosophical and intelligent – and hey, look, no tentacles either! I can only imagine how exciting it must have felt to be an anime fan when Eva was just taking off in the States. The true potential of the medium was only just being discovered. The future of anime looked bright.

The argument of “anime is getting worse” seems to hinge on this moment in time. This was when anime hit its peak. Is it unfair to say that anime proceeded to get worse from there, as more and more titles flooded into the market that failed to match the sheer innovation of Eva? To what extent does this reflect viewers’ growing cynicism and to what extent does this reflect a genuine lack of creativity from anime creators?

People can’t help but think more fondly of what they were first exposed to, or what they grew up with. Don’t underestimate nostalgia appeal. This is reflected pretty well on what sort of anime score well on MAL, for instance. Shonen is the single most popular and highly-scored genre on the site. I imagine many of you reading this were probably introduced to anime during the Dragon Ball Z / Pokemon era, and then got hooked on the bandwagon when series like Naruto and Bleach were just getting popular. It looks like the things that draw MAL users to anime, at the very least, are things that can be found in shonen. Fullmetal Alchemist: Brotherhood is the number one rated anime, with Gintama running a close second. These are extremely popular anime that cater to a diverse range of tastes.

On the other hand, harem anime, which is such a common genre in the industry, is consistently scored down by MAL users. Ignoring for a moment the question of whether or not these anime have any literary merit, they are simply not that accessible to most mainstream viewers because of the sexual themes. I doubt that many people’s gateway anime was High School DxD or Infinite Stratos, in other words.

Let’s examine this a little closer. If those ecchi, harem anime isn’t necessarily what draws Western viewers to the fandom in the first place, then this would mean that they are more likely to be acquired tastes. Sexual titillation in television doesn’t manifest itself in quite the same way in Western media as it does in Japanese anime, after all. The same applies to anime like K-ON! and other shows about cute girls doing cute things. We don’t have a particular Western equivalent to that. The appeal of moe is something that can be intellectually grasped, but not all of us can get it like someone who has grown up with it.

What I am trying to suggest is one potential way of looking at the issue. We don’t all have nostalgia goggles for moe and ecchi. We probably didn’t come into anime expecting to find so much of it. Disparities between expectations and reality is what breeds cynicism. Without even analysing the changes in the anime industry to any significant degree, I think a change in the viewers themselves and their own outlooks is a possible factor to consider.

Nor, of course, is nostalgia the only reason prompting a backlash against modern anime. People’s tastes do evolve as they grow up. Most anime is made for a teenage audience and when you are no longer a teenager, that kind of stuff can seem juvenile. We start to recognise cliches as bad storytelling devices and the novelty of anime being “not for kids” starts to wear off.

So in the end, what this means is that it is very difficult to ascertain whether anime is ‘objectively’ getting worse because quite a few cultural and social assumptions seem to influence widespread opinions – even before getting into the grey matter of people’s personal tastes. For this reason, I see no real point in analysing the state of the anime industry today and trying to compare it to the past in that much depth. The most obvious reason for that is because I’m simply too much of an outsider to really understand what goes on behind the creative decisions of anime studios. And secondly, this isn’t something that I can think of a clear-cut answer to, no matter how much I think about it.

What I can offer now is my own opinion. I got into anime because I liked the emphasis on character-driven narratives and for me, this hasn’t changed in the anime I watch nowadays. There is no fundamental disparity between what I want from anime and what I get out of it. That’s why, for me, it’s not getting any worse.

There are a few broad observations I can make about the anime industry as a fan, though. First off, it is becoming increasingly commercialised and the content is becoming increasingly sexualised and fetishised, even if it is not always done in obvious ways. The cute girls being cute shtick is boring from a narrative perspective but interesting in how it idealises females and day-to-day life. Less plot-driven anime is created these days; instead we get more anime that are driven by style and atmosphere.

If that’s different from what you want or expect from anime, then I wouldn’t be surprised if you think anime is not as appealing as it used to be. In the end, everyone is entitled to their opinion.

So what do you think? Is anime really getting worse?