How To Watch Anime Correctly: The Sacred Blacksmith

A couple of weeks ago, I watched this super cool show called The Sacred Blacksmith. Then I looked at its MAL score and at the critic reviews and it appears that the general consensus is that it’s a sack of shit.

In my humble opinion, you’re all doing it wrong. So this post is going to teach you how to watch anime correctly for 45.683934% more effectiveness (numbers are exact, by the way). While my example for this post is The Sacred Blacksmith, you won’t need to have actually watched the anime to understand this. Just mentally swap it out for that show you really like, I dunno, Boku no Pico or something.

Anyway, onto my demonstrative example:

We begin watching anime by loading up the OP. Don’t just skip them, you bastard! Your time isn’t important! 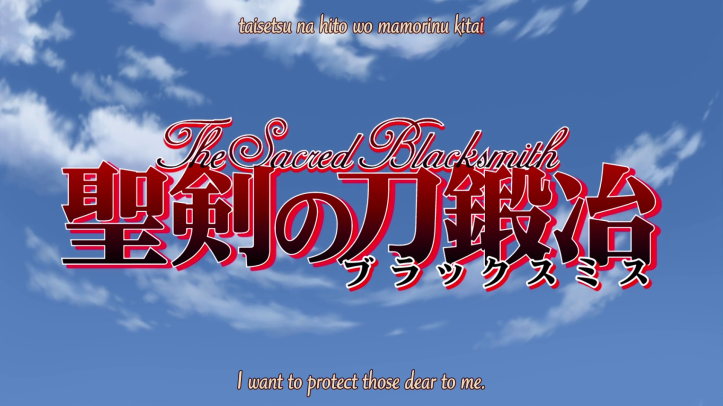 oh crap I don’t know how you speak this nihongo thing uhhhhhh just make it up guys!

*sniff* that was beautiful, guys

This is your conditioned response every time you see a cute girl. Perfect it, my brethren. It might be possible that you will sound like two whales humping to people who don’t know you. In that case, your mission is a success. You’re not the weird one – they are. They’re such perverts, thinking such awful things like YOU’RE A PERVERT. 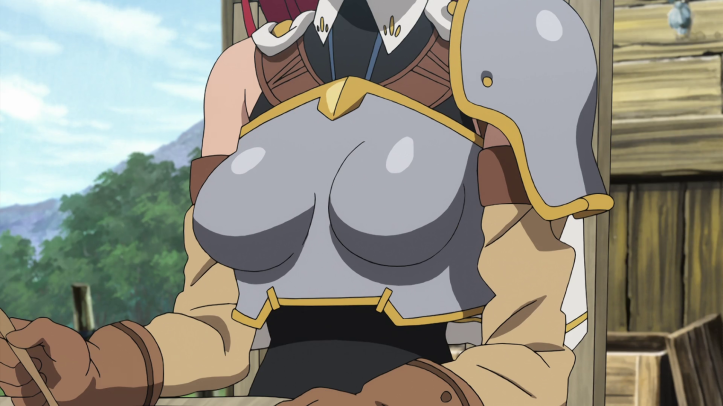 Oh wait you ARE a pervert! HAHAHAHA YOU’RE A PERVERT!

I love that joke :’3 In my opinion, it is the height of comedy. This is why anime is so awesome.

(On a side note, holy crap that girl on the left there looks like Asuna from Sword Art Online.)

But anyway, back to the point. Big boob jokes. They’re great. Also flat boob jokes. Like “HAHAHA SHE HAS NO BOOBS THEREFORE SHE IS JEALOUS OF THE GIRL WITH BIG BOOBS!!”

However, the flat-chested girl in this show speaks admiringly of the big-breasted girl. That’s cute isn’t it? D’awwww breasts~

Actually I think the so-called “big boob” girl in this anime has tiny melons. I prefer them bigger. It’s okay to constructively critique anime, guys. Sometimes, it isn’t perfect, no matter how much we want it to be.

Now, the next thing you do when you’re watching anime correctly is to ship. You can ship a 2D character with yourself or you can ship two characters in the show together. Either way is fine.

And finally, to watch anime correctly, you have to follow the story. You have to get into the emotions of the characters. It doesn’t matter what they’re doing, whether it’s saving the world, killing monsters, protecting each other or just going down for a day trip to the clothing store – they’re all real people to me, even though they don’t actually exist. It’s just *sniff* I get so invested in their lives. I just want to hug that cute little girl with blonde hair. The way she does so much for the gruff MC dude despite him being too awkward to thank her even though he really loves her like a little sister. And then, when he actually does something for her, shows her how genuine his brotherly affection for her is… I’m just… I’m just… CAN’T YOU UNDERSTAND MY FEELS HERE???

I AM LOLICON FROG MAN.

Please don’t call the police on me :(

And that concludes this lesson of how to watch anime correctly. I may do this for more series, so feel free to suggest a couple for me to cover. However, I must like the anime, no exceptions. The fangasm is not something that can be faked.