Remember last post when I tried that sarcasm shit? Yeah, that really wasn’t me, was it? I’m dropping that shtick and going into these next five shows with honesty.

Also, I didn’t mention this last post, but I’m listing these impressions by the order of which ones I saw first.

Adorable, funny, creative and all around charming, Tonari no Seki-Kun was seven minutes I don’t wish to take back and probably won’t for the next 23 episodes.

While the domino scenario was entertaining and creative in and of itself, the stellar presentation heightened the experience with HanaKana’s perfect voice acting, flamboyant music and dynamic camera shots.

First half is a cliched highschool yawn-fest. Second half is an amusing action explosion-fest.

Nothing much to really say about the first episode since it was a pretty straight-forward introduction. Not bad, not good. Directing and writing weren’t anything to write home about, but weren’t anything horrendous either.

I quite like the female lead though. She’s cute, quirky and with a dash of bat-shit craziness so I think I’ll keep up with the series just to see how she’s handled later on. 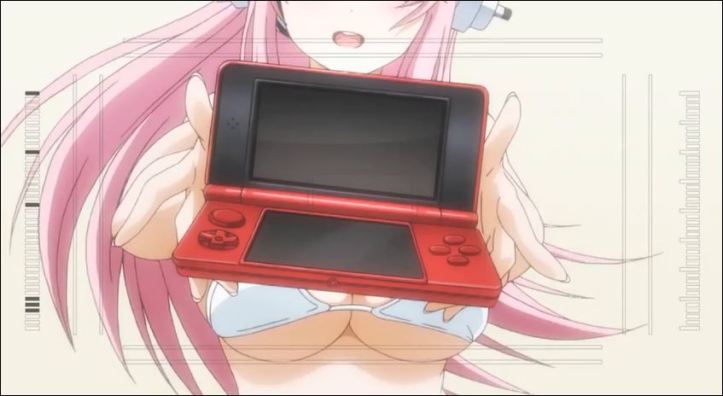 Ingenious idea stretching this into a full length episode instead keeping it a short. Also some of the best product placement since Man Of Ste-

Like, God, was this banality in its purest form. And it’s a shame too since there is some potential. Sonico is an inherently interesting character since she’s going to college, working as a model, helping at her grandma’s restaurant and starting her own little rock band. There’s a lot of stuff you can do with all that, but it squanders all of that.

Super Sonico is directionless mindless drivel without the slightest bit of flare and I doubt that’ll change. 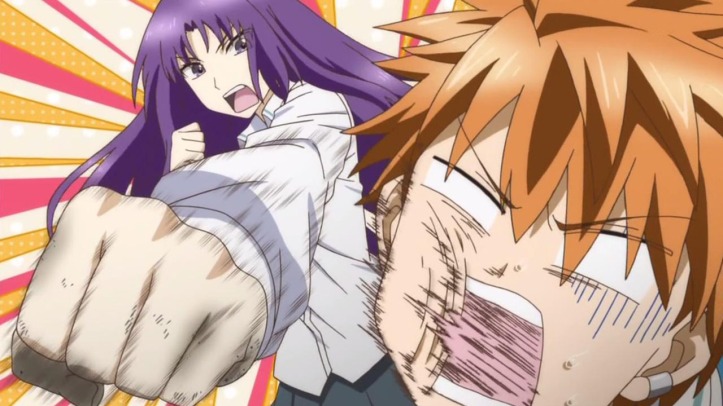 It’s a big step above most harems, I’ve unfortunately come to witness, with a quirky-enough cast and a male lead posessing an actual back bone and more than a singular brain cell to rub together. The harem set-up isn’t bad too and the game club is a fun enough setting for the series to revolve around.

However, the humor and the run-of-the-mill direction grated on me. Nothing about it made me chuckle; all of it felt like the usual rampant jokes in every other harem series. I’ll be keeping up with it for now, though I’m not expecting this series to really “wow” me in the future. 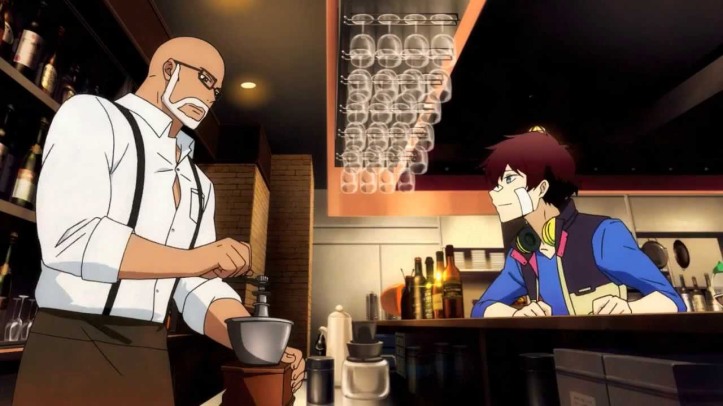 Seiji Kishi, why do you have to ruin another cool concept? Why don’t you just go back to directing comedy? Remember how your dry directing and sporadic bursts of boisterous energy worked for Astro Fighter Sunred, My Bride is a Mermaid, Carnival Phantasm and Humanity has Declined? Remember how all the best bits of Angel Beats and Personna 4 were the comedic bits?

I’ll give you this much for Hamatora, it actually seems like you were having fun. But overall, this episode was a pretty boring mess with  really awkward pacing and awful timing. The script does take some blame too as the dialogue was poorly written with one character’s lines being no less lacking of distinction than any other character’s.

I really dug this concept too. It was a cool mash-up of Darker Than Black and K ;_;