← How Would You Write A Mushishi Episode?
Suggestions For Improving The Blog →

Why is Tatsuya from Mahouka Koukou no Rettousei So Perfect? 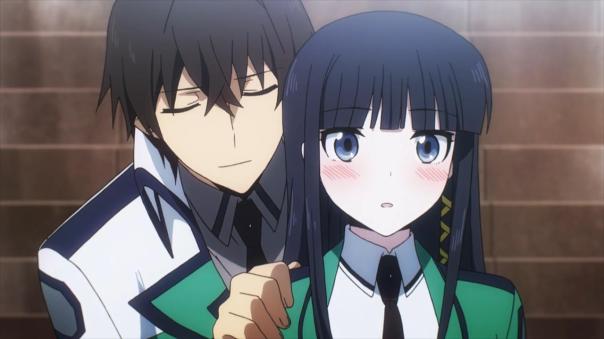 Tatsuya is such a hunk. This is objective truth.

But still, I have to wonder: why is he so generally perfect? I mean sure, it’s because the plot says so, but is there any, like, thematic reason for this?

I think there is.

(NOTE: So… this post was written after I’d only seen two episodes of the anime? I actually don’t agree with the opinions stated in this post anymore, but I’m leaving it unedited because LOL TATSUYA)

Shiba Tatsuya is literally too cool for school. He might be a Weed, but he displays his superiority over the Blooms by kicking their asses at their own game. The whole discrimination angle is completely exaggerated to the point that it is almost a parody, but it is played completely seriously. Why does the discrimination exist? To prove how cool Tatsuya is when he rises above that.

I actually buy into Mahouka’s school system, though. It’s explained in the specials (and presumably in the novels too) that there’s a pragmatic reason behind dividing the student body into the smart kids and the dumb kids. They lack enough teachers to teach everybody, so they only hold practical classes for the top 100 students.

Now in walks Tatsuya, who promptly turns the entire system on its head. He is intelligent, but he doesn’t do well on the practical exam. He doesn’t fit into the school’s (presumably) narrow definition of talent. But he is undeniably talented.

Tatsuya is overpowered because he points out the limitations of the education system.

In order to show how bad the other side is, Tatsuya needs to have no serious character flaws himself.

I think it’s easy to see why this series is so popular among teenagers. No one is more frustrated with the education system than the kids who have to put up with it. Despite the fact that this show is set in a school, it is basically saying that school sucks and it’s only cool when there’s magic and stuff. Tatsuya’s character is “edgy” in the way that might just be appealing to cynical teenagers.

The other reason why Tatsuya is so perfect is because it makes him stand out among other light novel protags. Tatsuya is “cool” because he is actually competent and a nice guy, which puts him on a whole different level from the smug wisecrackers, brainless perverts and emotionless blobs who usually take a leading role in these light novel things. Other LN protags are written to be imperfect so that it’s supposedly easier for the audience to identify with. Putting aside the actual execution of their characterisation, the fact remains that many LN protags are not portrayed as people whom we should idolise.

I might be practically alone among anime bloggers in saying I like light novels as a rule, but there is something refreshing in seeing what is essentially a hunky shojo hero as the protagonist of a male-targeted light novel. 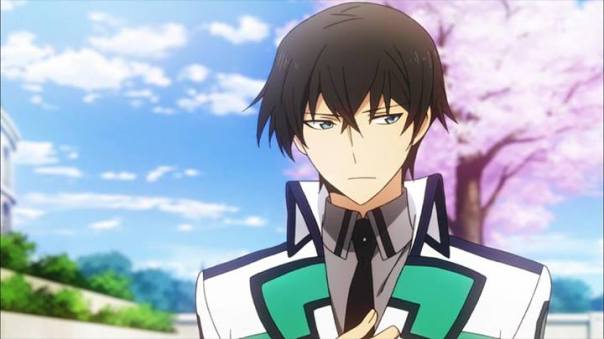 Tatsuya is not a well-written character. He is on about the same level as the characters of Free! or a reverse harem. He is a bishie with a flat personality. He obviously has a shady past and some inner conflicts, but that aspect of his character is used to affirm how cool he is.

It would, however, be incorrect to say that I dislike him. It is perfectly possible to acknowledge that a character is badly written and to admire them as a fetish object anyway. Why else would I watch so many ecchi shows?

If Tatsuya were a character in an otome game, he would be the cool, stoic “main guy”. He would be the hardest guy to win over. If this were Tokimeki Memorial: Girl’s Side (yes I’ve played this game) I would need all my stats maxed out to get his true end. He’d be a pain to date, but the CGs would totally be worth it. Especially on our Christmas date.

As far as I am concerned, light novels need more bishie characters like Tatsuya. It would certainly broaden their appeal and tap into that fujoshi market. I still maintain that the best character in High School DxD is Kiba, the bishie. Clearly, the reason why Tatsuya is so perfect is to pander to my inner fangirl.

I’m already shipping these two together

SWOON. KYAAAAA~! and all of that. Why is Tatsuya so perfect?

← How Would You Write A Mushishi Episode?
Suggestions For Improving The Blog →