← The Evolution of the Word “Otaku” – Some Personal Reflections
Re:ZERO Ex vol. 1 – Summary and Impressions → 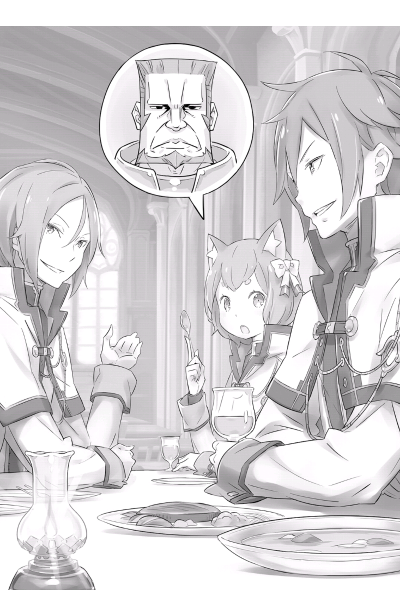 So I was reading the first Re:ZERO Ex novel and this conversation came up on pages 160-161.

Here’s a rough translation below:

“By the way, I don’t think I’ve heard anything about you, Julius.”

“Unfortunately, I haven’t lived a life that’s particularly worth asking about. As far as I can remember, my life has been thoroughly dull. It would put you to sleep.”

“Phooey. If you don’t want to talk about it, then I won’t pry… but that reminds me. You’ve known Reinhard for a long time, right? You get along with him better than nyather people.”

“Reinhard, huh? I’ve known him for as long as you’ve known the prince.”

As soon as Reinhard’s name came up, Julius’s expression changed in a flash. He started stroking his forelock, a faraway look in his eyes. It seemed as if he was lost in his recollections.

“I suppose it’s been about ten years since we first met. But we only started being close friends when we both became knights. I wasn’t blessed with fond memories as you were with the prince.”

“So you only knew each other by face because you both came from noble families?”

“Not quite. I knew him, but I don’t know if he knew me. He was always special to me, so I’m happy that we became friends.”

There didn’t appear to be any malice or ulterior motives hidden in Julius’s feelings of friendship towards Reinhard. But whether it was mere friendship was somewhat difficult for Ferris to discern. There was something else there, too. Something inexplicable.

But Ferris didn’t know Julius well enough to put his finger on it.

Is this… Is this what I think it is?

Did this novel just imply that Julius has homosexual feelings for Reinhard???

If so… HOLY SHIT.

I LEGITIMATELY DID NOT SEE THIS COMING.

I’m so mind-blown right now that I have no idea what to say. The information is revealed so casually that I almost skimmed over it. That’s the most amazing part of it. If Julius is gay, it’s not a big deal or the butt of a joke. I really hope that I’m not misunderstanding the intention of the scene here because it’s so perfect.

At first glance, it seems hard to believe that a light novel with narou roots would have a queer character who isn’t a complete throwaway, but then you’d be forgetting Ferris’s entire existence. Ferris’s genderbending is handled with a surprising level of sensitivity in the Re:ZERO Ex novel. I may write about Ferris specifically later, but my point is that Nagatsuki has a precedent in writing queer characters that don’t suck donkey’s butt.

So… I am actually inclined to think that this is legit. The homo is real.

Thank you anime gods for granting me this blessing. I had no idea how much I wanted/needed this until I got it.

Posted on September 7, 2016, in Pairings and Shipping, Translations and tagged julius x reinhard, re zero, reinhard is such a hunk. Bookmark the permalink. 26 Comments.

← The Evolution of the Word “Otaku” – Some Personal Reflections
Re:ZERO Ex vol. 1 – Summary and Impressions →