← Is Julius gay for Reinhard? [Light Re:ZERO LN spoilers]
Comparing the Film and Anime Trailers for The Great Passage / Fune wo Amu →

In a nutshell: The Re:ZERO Ex novel raises more questions than it answers about Crusch and Ferris’s pasts, but Re:ZERO fans should enjoy it nonetheless. The lack of a central plot in this volume does make it weaker than the main story, however.

A note of warning: This review contains spoilers for the Re:ZERO Ex novel. Don’t read this post if you don’t want to get spoiled for the anime because I’ll be discussing the main story here as well. Also, there are no web novel spoilers here, so please don’t provide any in the comments.

I’ll start with the overriding thought I had while reading this light novel.

This is a thought I have whenever I read/watch Re:ZERO, but man Tappei Nagatsuki sure is one hell of a tease. He dangles so much foreshadowing and vague hints related to the larger plot in front of you and addresses none of it by the end of the volume, as if to say, “I’m putting this off until a later arc.” Given that the web novel is supposed to have, like, six more arcs I don’t expect the payoff to arrive for a long while yet.

The most plot-important information in the Re:ZERO Ex story is the background behind the Lugunica royal family and the immediate context behind Crusch’s candidacy for the throne. As it turns out, she’s not a weed-smoking Ayn Rand lover as the memes make her out to be. Her reasons behind rejecting the dragon’s covenant are deeply personal – she wants to make her childhood friend Fourier’s wish come true. When Fourier died of a mysterious illness that wiped out the entire royal family, Crusch was enraged that nobody in the sage’s council cared about the royal family members as people. All they cared about was the dragon’s covenant. Crusch decided that she wanted to change that system and create a fairer kingdom.

Tappei wrote in the afterword, “I hope this novel makes you like Crusch more,” but in all honesty, the novel doesn’t tell you much new about Crusch’s personality or her convictions. We already know that she’s proud and deeply loyal to those she considers friends. She was already that way when she was, like, six years old, so there’s not much character growth to be found here. 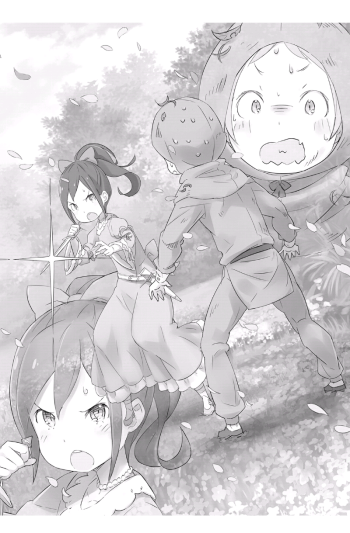 To be fair, however, I don’t think that Crusch’s strength as a character comes from her being a dynamic character. Rather, she represents a pillar of strength and pragmatism. The only thing that doesn’t make sense is how she’s supposedly dense when it comes to romance. She can see through any lies because of her Divine Protection but she can’t work out that Fourier is in love with her? okay.jpg

Well, she probably did manage to get a clue by the very end, when Fourier literally dies in her arms mid-confession. She says, “I wanted to see the future you drew,” which seems to indicate that she had some budding feelings that never got the opportunity to bloom. There’s a consistent metaphor throughout this novel about budding flowers, and it’s pretty clear that it’s used to represent the emotional core of Fourier and Crusch’s relationship.

After reading this novel, I started to see Crusch’s interactions with Subaru in the anime in a different light. Fourier was a dumbass just like Subaru is in the main story. There’s a memorable scene in the Ex novel where Fourier challenges Crusch to a duel just so he can get her to wear a dress. He’s completely outmatched but somehow he manages to scrape a sort-of win through sheer tenacity. I suspect that Crusch admired Subaru’s reckless courage in the battle against the White Whale because she saw a bit of Fourier in his actions.

But the real MVP of the novel is, of course, Ferris, and boy the Ferris content does not disappoint. Ferris is first introduced in chapter 2, pretending to be Fourier’s girlfriend so that the prince can get out of an arranged marriage. Fourier only finds out Ferris’s birth-assigned gender at the end, so it’s an amusing (if totally conventional) skit for people who like BL ship teasing and otokonoko characters. Fourier has a dance with Ferris in chapter 3, and I liked this scene better because it felt like as if the two of them were comfortable enough in their friendship to dance together without Fourier worrying how others would perceive their relationship. It transcended ship teasing and felt genuinely intimate.

To be clear, the Ex novel isn’t explicitly about queer characters. But there is a consistent theme of defying social norms and gender-based expectations. The novel draws a parallel between Crusch’s habit of dressing in men’s clothes and Ferris’s habit of dressing in women’s clothes. While Crusch faces pushback for being a woman who wants to wield a sword, Ferris’s father looks down on Ferris with disappointment for not growing up physically strong and burly. It’s not a surprise that Crusch and Ferris, two characters who defy tradition in more ways than one, are determined to revolutionise the kingdom of Lugunica.

While Ferris’s gender identity isn’t directly explored in the novel, I do get the impression that chapter 4 “Felix Argyle’s Curse” is a metaphor for the stigma and misery that comes with being born in the “wrong” body. Despite having human parents, Ferris was born with ears like a demi-human. Because he had the “wrong” body, his parents were terribly ashamed of what others would think, and cast him away in an underground room since birth. It was only after Ferris was rescued by Crusch and received her acceptance that he became “human”.

Honestly, Ferris’s backstory is pretty over-the-top in terms of the suffering. Ferris’s dad performs a series of complete dick moves (including, but not limited to, poisoning Crusch and raising a zombie army) in order to force Ferris to resurrect his dead wife. He’s literally worse than Gendou Ikari. Yet despite the ludicrousness of the situation, the scene where father and son confront each other has genuine pathos. What made it hurt was the fact that Ferris’s father clearly cared deeply about someone – that person just wasn’t his own child. Ferris’s mental fortitude throughout this whole ordeal was nothing short of awe-inspiring.

You can probably guess that chapter 4 was my favourite chapter in the novel. I could see it working as an OVA; there’s enough gore and soul-crushing elements to match the main series. There’s one particularly striking scene that still sticks with me. After the wife of Ferris’s father is brought back to life using an incomplete version of the “Sacrament of the Undead King” magic, Ferris watches as the woman strangles the father to death and then crumbles into dust. It’s a horrifying image in itself, but the mysteries linger even after my initial reaction. Why was the father so desperate to resurrect this woman he had (apparently) stabbed to death in the first place? Why did he stab her? Did he even stab her? We’re never given a straight answer to any of these questions.

Even more aggravatingly, it’s revealed near the end of the chapter that the woman who died wasn’t actually Ferris’s mother. His real mother is actually a female attendant who watches the entire incident without interfering in the slightest. When Crusch confronts her at the end, she only says that her motivation was love, and then she vanishes mysteriously in the fire that swallows Ferris’s old home. I don’t know if this means she’ll have some importance in the main story sometime down the track, but there was definitely an air of unfinished business about the whole chapter.

And then, of course, there’s the whole matter of the mysterious illness that wipes out the entire royal family. The dragon had apparently foreseen that a tragedy like this would happen, so there’s a prophecy about the next ruler of Lugunica being one of five young women recognised as the dragon’s priestesses. None of this is explained in any detail, but to be fair, I expect that to be saved for the main story.

This doesn’t stop the Ex novel from being a somewhat frustrating experience overall, however. The novel is filled with enjoyable character interactions, but it fails to tell us much that we didn’t already know. Anything substantial is just hinted and teased at. On top of that, the book lacks a cohesive structure as a whole. While the ending is absolutely devastating and makes me cri evry tiem, the book reads less like a novel and more like a bunch of short stories that are only loosely tied together. This makes sense given that Tappei’s original intent was to publish the stories in Ex as part of the Re:ZERO short story collection. 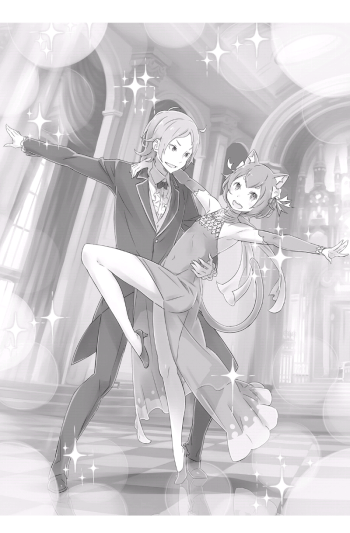 In the end, I still think that Re:ZERO fans would get a lot out of this, though. It was worth it just for that picture of Ferris dancing, to be quite honest.

And also, before I forget, yes there is a volume 2 of Re:ZERO Ex which is about Wilhelm and Theresia’s past. I haven’t read that yet but I’ll get to it sometime. How can I say no to Theresia?

By the way, if you have any Japanese light novel recommendations, feel free to tell me!

Posted on September 15, 2016, in Reviews and Impressions and tagged re zero, shitty light novels. Bookmark the permalink. 12 Comments.

← Is Julius gay for Reinhard? [Light Re:ZERO LN spoilers]
Comparing the Film and Anime Trailers for The Great Passage / Fune wo Amu →