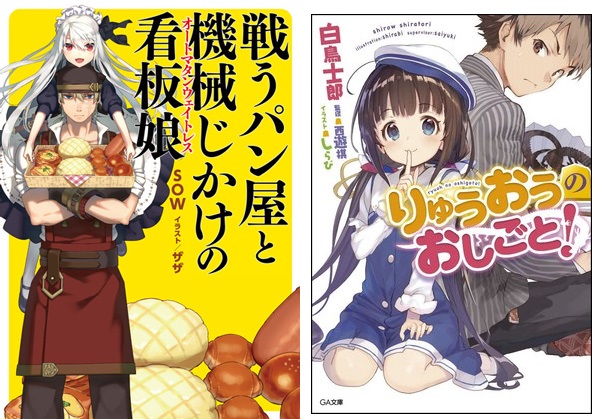 People sure like to romanticise piracy. This was something that occurred to me after I published an article a few days ago called Explaining the English Light Novel Boom with Bookwalker Global, which didn’t mention piracy at all and yet sparked controversy on the subject anyway. As many of the comments argued, fan translations have played a part in popularizing light novels in English translation. Why didn’t I mention their existence?

In truth, I didn’t set out to snub fan translation in that piece. It was simply the case that the people I spoke to at Bookwalker Global did not mention it. The article was not intended as a comprehensive overview of the light novel industry; it was meant to showcase Bookwalker Global’s perspective on the subject. I thought that their views would be interesting because a) They’ve recently jumped onto the English light novel bandwagon with a clear rationale for doing so, and b) They are deeply connected to the Japanese light novel market.

Fan translations were clearly not relevant with Bookwalker Global’s choice of exclusive titles. Neither The Combat Baker nor The Ryuo’s Work is Never Done! had English fan translations when these releases were being decided, nor was there much hype for them on English-language social media. However, people still wanted me to talk about fan translation anyway. I suspect that they wanted me to romanticise their place in history.

As someone who used to be a fan translator, I do not think that I helped “build hype” for the series I worked on in any tangible way, as much as I wished that was the case. Rather, anime adaptations did most of the work. Most of the audience for the fan translations came while the anime aired and left very quickly afterwards. Even at the peak of their popularity, the audience was still niche. What percentage of these relatively small numbers were converted to paying customers of the official releases in the end, I cannot say.

I have the stats to support these opinions, at least in regards to my own projects.

The Oregairu fan translation reached its peak in 2015, when the second season of the anime was airing. Although the site reached over 2 million views, most of the translation was spread over many pages, so the “visitor” counter is a more accurate reflection of how many people actually read the translation. It’s not a bad number until you remember how many people watch the anime. The access counter for the first season of the anime on KissAnime is over 6.5 million. When the view count on a single anime pirate site vastly outweighs the number of people who accessed the LN fan translation, you know that fan-translated light novels are not that popular, even though the content is free.

The light novel fan translation did worse when the anime wasn’t airing. The Oregairu anime first aired in 2013, so there was already some demand for a fan translation, but the site only began receiving regular updates in 2014. Even though the fan translation was active a whole year before the second season of the anime started airing, it only received half the number of unique visitors in total (125,060). That is how much of a difference anime makes.

Note that the translation was taken down after the light novel was licensed, so we’ll have to use a different example for what happens to a series after the seasonal hype is over.

In 2015, I released a translation of Qualidea of Scum and a Gold Coin. This translation received 23,624 unique visitors. How many people read every single chapter? At most, 330 people. That’s the number of hits for the least popular story-related page. Meanwhile, the first page received 6,676 views. There’s a clear decline of interest as the novel progresses, with each page receiving significantly less views than the last.

In 2016, the Qualidea Code anime started airing, and while it’s not a direct adaptation of Qualidea of Scum and a Gold Coin, their stories are somewhat related. The light novel fan translation received an upswing of views accordingly. In 2016, there were 37,877 visitors. Even then, only around 1,000 people must have read the entirety of the story on the site. There were also 2,868 clicks to the PDF file on Mediafire. That’s about the extent of the novel’s reach, even at its peak.

In 2017, the site has only achieved 4,400 visitors so far. That’s obviously far less than half of 2016’s numbers, even though the year is more than halfway over. The series was never very popular with readers to begin with, but the site is now even less popular than it was in 2015. Qualidea of Scum and a Gold Coin had very short legs as a novel.

The Henneko translation was first released a year after the anime finished airing, and has only declined in popularity since.

There’s a similar story for the Aldnoah Zero extra novel. (It’s not technically a light novel, but it was posted on a website for people who like light novels and anime. Also, it was uploaded after the second season of the anime aired.)

The conclusion here is clear: light novels without an anime don’t get many unique readers who actually stick with the story. Honestly, I’ve written fanfics about light novels with more reach and longevity than a fan translation.

It is also worth noting that Baka-Tsuki, the site that used to be a centralised hub for fan translations in English and other languages, has been declining in readership over the years. According to Alexa, its global rank is now 41,752th; it is 711 positions lower than it was three months ago. Light novels are getting more popular, but the novels that people apparently want to read are not on Baka-Tsuki.

These days, a lot of fan translations are posted on separate WordPress or Blogspot sites. There are not many aggregate sites that introduce readers to a diverse range of translation, so you have to search for each fan translation on Google by title. Unless you know the title from somewhere, you’re probably not going to stumble upon the series.

Within this niche and insular world of fan translations, the most highly-discussed titles are usually web novels. Many of these are machine-translated, ensuring that the updates are frequent and regular. The regularity is what maintains interest among the hardcore readers, although I imagine that the writing quality is off-putting to people outside the niche. If these fan translation sites were to release their stats to the public, it would not surprise me if their first chapters had high bounce rates.

For all of these reasons I would personally not assume that highly active fan translations would cultivate paying customers for the official translations. There is still plenty of demand for light novel translations, but fan translation is only one of many factors that could explain it. It is a factor that I believe has been overstated by the light novel community online. My perspective comes from talking with publishers, as well as my personal experience as a fan translator.

Fan translations had (and have) absolutely no bearing on our decisions as to what to license.

Further reading: This post by an editor of Kodansha comics, this interview with a former Tokyopop editor.

Before I conclude this post, I’d like to mention a few things. Firstly, my argument that the positive effects of light novel fan translations have been overstated is separate from any argument about the morality of piracy. Nor am I commenting on the effects of anime fansubbing and/or piracy. It’s a different ecosystem, and one that I know less about.

Secondly, Sam Pinansky from J-Novel Club has gone on record stating that fan translations are a “major factor” in their licensing decisions. Sam has been highly active in light novel communities, even hosting an AMA on the light novel subreddit, which leads me to believe that he deals with fan translations differently than other publishers. I have no reason to believe that this approach doesn’t work for him. But it doesn’t appear to be the consensus among manga and light novel publishers these days.

The debate about whether fan translations do more good than harm is ongoing, but let’s not romanticise light novel fan translations in this debate. When it comes to English licenses, they’re hardly an important factor for most publishers.