I’m thrilled to announce that Mari Okada’s biography From Truant to Anime Screenwriter: My Path to “Anohana” and “The Anthem of the Heart” will be getting an English e-book release on May 4, published by J-Novel Club. You can read a free preview of the book’s prologue at J-Novel Club’s website, and you can pre-order the book from Amazon here.

If you’re a subscriber to J-Novel Club and you pre-order the premium ebook, you’ll enter the draw to win a shikishi signed by Mari Okada herself.

I’m biased – I’m keen on promoting this book because I translated it myself. Hopefully if this sort of book sells well, it could pave the way for more English translations of books about anime creators. So if this sort of thing interests you, please do buy the book!

I’m sure some of you must be curious about how I ended up translating this book in the first place. The long and short of it goes like this:

The story of how this translation happened: first, I wrote an article about the biography a few months after its Japanese release. https://t.co/bVrqKd1ueu

Then a few months later he tells me, “So I licensed it. Do you want to be the one to translate it?”

I hesitated at first because I was busy with work (and ended up doing it while I was moving house, which was an extra strain) but in the end I’m glad I agreed to it

As I also mentioned on Twitter, Sam Pinansky was the biggest MVP here for licensing the book in the first place. J-Novel Club isn’t known for doing non-fiction in the first place – their name is literally about the opposite thing. Even if you don’t care much about this particular book, I think that their recent experiments have been interesting. Of course, isekai light novels are still their bread and butter, and I don’t expect that to change anytime soon.

Anyway, I’m mainly occupied with my day job at Anime News Network, so I picked up this project as a one-time thing. I don’t have any plans to translate books for J-Novel Club on a regular basis, but I’m not averse to doing another passion project if the opportunity ever arises again.

If you have any further questions about the translation or anything, feel free to leave a comment on this blog post or my Curious Cat account which I literally made a minute ago. I’ll try to answer to my best capabilities! 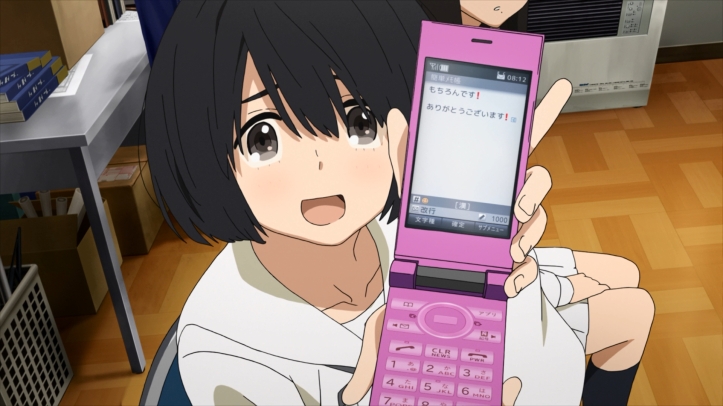 In the meantime, I’m just going to take it easy, especially since I’m still pretty wiped after covering AnimeJapan. (Doing the live tweeting was especially tiring to a degree that I honestly did not expect!)

On that note, here are some other articles I’ve worked on this month:

Haoliners, Anime, and the Future of Chinese Animation

The Master of Ragnarok & Blesser of Einherjar Anime Announces Cast

And on top of that, I’ve been keeping up with the Violet Evergarden reviews too. I translated the bulk of Mari Okada’s biography over January and early February, but looking back, I’ve been pretty busy in March too. Yep, I definitely feel like a break. Maybe I’ll finally start playing Persona 5…