Relating to an Anime Character 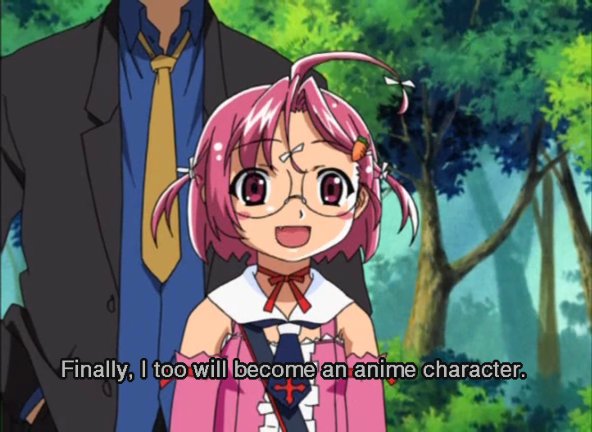 They’re just silly cartoon characters. For God’s sake, they probably don’t even talk your language. And yet somehow, you feel a quasi-spiritual kinship with a fictional character. DOESN’T ANYONE UNDERSTAND THESE FEELS???

I don’t often talk about my personal feelings on my blog, which I’ve lately come to think is a bit of a mistake. I relate to anime characters as much as anyone and sometimes the effect is so strong on my mind that I feel incapable of describing it. It’s like telling a stranger about your sex life. I’m sure some people are perfectly okay with verbally dissecting the nitty gritty details, but for me, discussing what’s so close and intimate to me cheapens the emotions that I feel.

But distancing ourselves from stories defeats the purpose, doesn’t it? Attempting to express what you have always felt cannot be expressed is the whole point of art in general.

So today, I’ll tell you about some of the anime characters I’ve strongly identified with lately, for better or worse. Some of this stuff is embarrassing, for lack of a better word. Please don’t tell anyone you read this eeeeeek.

Oh wait why am I posting this on my blog then.

I told you this would be embarrassing.

I don’t have many traits in common with Kirino. For starters, I’m not a bitch. But I’m also not a model, a grade A athlete or the smartest kid in school.

And yet for all that, I’ve never been able to get Kirino out of my mind. To me, she’s a spectre who forever looms in my subconsciousness. And it was only when OreImo ended in the most abysmal way possible that I realised with vague horror why I was so fascinated with her:

Like Kirino, I was very close to my older brother when I was younger. We did everything together. I have vivid memories of following him around and worshipping the ground upon which he stood – just like, well, an imouto character. But when my brother became a teenager, he drifted from me. And not just from me – he became distant from the entire family, virtually shunning us all.

It took me many years to realise that I desperately missed who my brother once was and that, deep down, I was jealous of his girlfriend for taking him away from me. In retrospect, almost every major life decision I’ve made – including the university I picked – was because I wanted to chase in my brother’s footsteps.

Eventually, I discovered imouto anime and eroge as an outlet – just like Kirino. But unlike Kirino, I don’t think my feelings are incestuous. Rather, I was attached to the impossible daydream that was my nostalgia. This probably explains why I’m more fascinated with older brothers and younger sisters, rather than two brothers – there’s nothing that emblemises youthful innocence more than a little sister.

That’s what a lot of anime is about, reliving the innocence even as you’re perverting it. And that’s what OreImo succeeded in doing, for the most part. This kind of otaku light novel stuff both fascinates and repels me, because I see a lot of my own values in it and at the same time, I wonder if they’ll corrupt who I am in the end.

Kirino gets to me, probably because I’m more like her than I’m willing to admit.

(inb4 all my readers ragequit and unsubscribe from my blog) 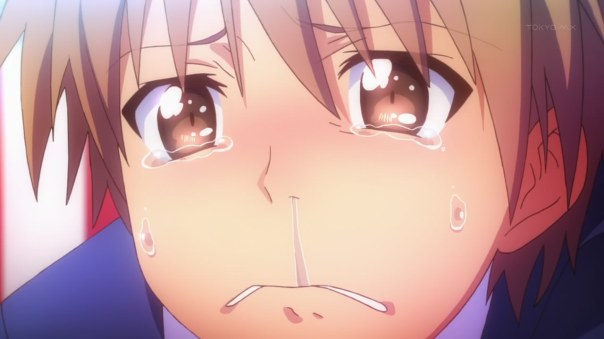 I personally laugh every time I look at this picture

I’ve mentioned before that Sakurasou really resonated with me, but I don’t think I’ve ever really talked about why it got to me so deeply and why I still think about it so much. In my darkest moments, you see, I deeply relate to Sorata. (Again, I’m kind of ambivalent about this because he’s such a widely hated character!)

I’m constantly jealous of the people I love. Sometimes, it gets to the point where I can’t even tell the difference between my jealousy and my love.

When I was in high school, for instance, I knew this girl who had a lot of the same talents I did, except she was better than me at all of them. She changed my life. She worked her ass off every day and watching her, I was inspired to do better myself. I don’t regret meeting her for a second.

But deep down, I resented her. And one day, when I was caught up in a fit of depression, I told her how I felt.

I immediately regretted it. I tried to make it up to her. But she was so nice to me about it that I just felt like an even lesser being. I honestly thought at that time that she was Jesus with tits. She was that holy and righteous in my eyes. I put her so high on a pedestal that I never really got to know her or about her own insecurities – and it was only much later, when I had the experience of others being jealous of my own achievements, that I realised profoundly what a terrible, damaging thing envy is for everyone involved.

Sorata tended to regress every time he made any progress as a character, and while that’s just poor writing in narrative terms, that really got to me, because I’ve always felt that every time I take one step forward, I take two steps back. No matter how thoroughly you learn your lesson, the emotions fade over time, and all that’s left is the person you were since the beginning. You learn to live with it, though, and there comes a point when your own skin becomes more or less tolerable. It’s taken me a while to reach that point, but I think Sakurasou has helped me reach it. 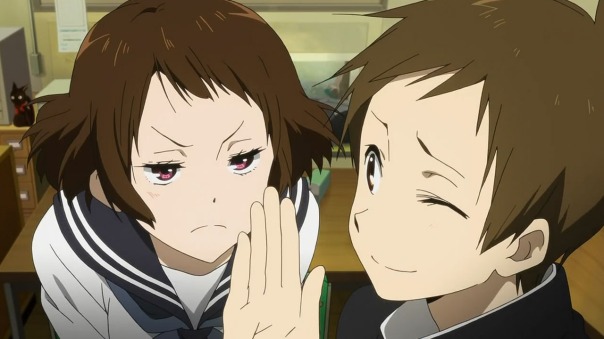 If there’s any fictional character who best encompasses how I act in person, it’s Satoshi.

If you’ve watched Hyouka and you’re familiar with Satoshi’s character, then you might agree that the similarity shows in how I write. I’m interested in anything and everything. I have a mind that just can’t sit still, and I consciously try to sound different in every post. If there’s anything I pride myself on as a writer, it’s my versatility. Of course, that has its own downfalls, so I’m very much a jack of all trades, master of none!

I’m also quirky and very much a “sidekick” kind of character. I’ve never cared much for gender stereotypes. In anime terms, I see no problem in liking shojo and BL alongside ecchi and shonen, and outside of anime my hobbies are an equal mix of “girly” and “masculine”.

[Minor spoilers for Hyouka below:]

Like Satoshi, I was much more competitive when I was younger, and I was also much more prone to the jealousy attacks I described above. That’s changed a lot. I’m much calmer and more laid-back now, but I think I do still have that side of me that takes things more seriously than I know is healthy for me.

Episode 21 – the Valentine’s Day episode – honestly changed my life. I still remember how I felt when I first watched the episode; it was a cold slap in the face. Even I had not realised the depths of my own faults until that moment, when I remembered similar cruelties I’d inflicted on the Mayakas in my life. I spent a good deal of my first year of university trying to work out where I was headed in life – and Hyouka came at the perfect time in my life.

And then, after I’d been brooding over the episode for the entire day, I read Guardian Enzo’s post:

Satoshi needs to stop selling himself short and realize that he’s actually considerably smarter than Houtarou when it comes to many things, including people, and has a personality that does indeed shine bright.

I felt as if those words were directed at me, too. I’ve since taken them to heart.

I think it’s pretty typical to empathise with deeply flawed characters. I remember being strongly impacted a while back by illegenes’s post on Aku no Hana about overcoming trauma. I think it takes a lot of guts to admit when you truly connect with a character – because often it means acknowledging one’s deepest flaws.

I mean, sure, a lot of the time we see superficial similarities between ourselves and a character, but I can’t say I’ve ever truly related to a loser perverted geek character, even if I call myself one. Perhaps it’s because, when it comes down to it, we don’t look for traits we identify with but rather imperfections. The human mind is designed to look for faults.

I suspect that this is a more-or-less universal experience. Anime has the power to move others and to inspire obsession, and what better way to explain that than with the FEELS? Surely I can’t be the only one who relates to cartoon characters on a routine basis!