Barakamon and the Artistic Ego 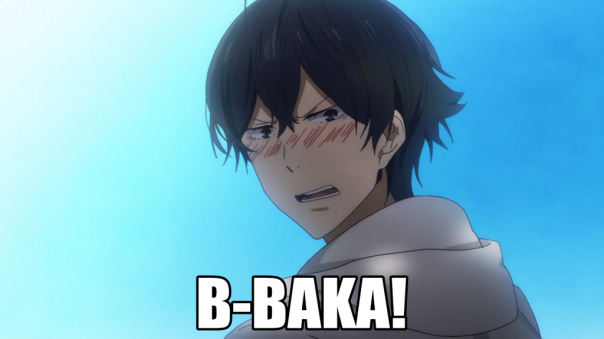 The Barakamon anime is ending in a couple of days. This makes me really sad. Barakamon has been one of my favourite shows of the season. It’s one of the few slice of life anime that genuinely puts me at ease, and I think a lot of that has to do with the fact that there is catharsis in the narrative. I can see a lot of my own worries and anxieties reflected in Handa’s character. As he learns to de-stress, I can feel myself letting go as well.

(Perhaps that’s what those moe slice of life shows need more of: not an excuse to escape from reality but to embrace it, to tell the viewer that things will be okay.)

But I digress. I’ve been wanting to write about Barakamon for a while but kept putting it off, partly because I’ve been so busy lately. But it’s also because the reason Barakamon has resonated with me is so deeply entangled with my personality faults that I’d feel uncomfortable discussing it openly. Still, considering that I’d written a post not long ago urging fans to be willing to criticise themselves, it’d be hypocritical of me not to practice what I preach!

I should preface this discussion by saying that if you identify as an artist of any craft (or if you’re a perfectionist) you’d probably relate to Barakamon the same way I did. I highly recommend the series if you haven’t seen it already.

By the way, this is an autobiographical post for the most part, so it’s pretty much spoiler free. 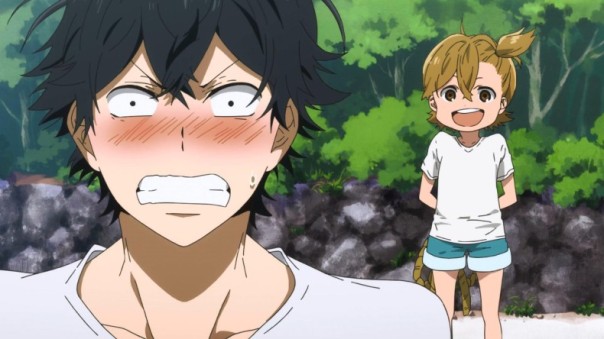 So yeah, where do I begin? I’ll start with the answers of some of the reader questions I got on Ask.fm, which partially inspired this post:

How important are grades to you? Have you ever gotten a “B” on your transcript? If yes, how did you feel? If no, how do you think you would feel?

Yes, I’ve gotten Bs before. I always feel like total crap. In fact, I end up moping for days – I get really childish and immature over it. A couple of times, I’ve literally cried over getting a B. Yeah…

So yes, grades are very important to me, but mostly because my ego is very fragile. I’ve been trying very hard not to link my self-esteem with my grades for a long time now. But I find it really, really difficult not to make that emotional connection, even when I know intellectually that grades are such a flawed means of measuring intelligence. I’ve never been in danger of failing anything ever, so it’s really just turned into an ego stroking thing for me at this stage. I really hate that part of myself.

Do you ever get jealous?

Hoo boy, yes. I have this unhealthy tendency to compare myself to others and to get really possessive about the things I really care about, to the extent that I can’t properly distinguish between love and jealousy at times. When I really like someone, I always think of myself as totally inferior to that person and I start lashing out and making myself and others miserable. It’s one of the reasons why I really wouldn’t trust myself to be in a romantic relationship. I’ve been trying to get over it, though!

So yes, as you can see, I have a lot in common with Handa, in the sense that I’m pretty much a kid in an adult’s body. My petulant side doesn’t come out all the time, but it does often enough for me to come across as somewhat socially awkward in real life.

One of the ways I’ve escaped the trappings of my personality – or at least attempted to do so – is through my writing. I pour so much of myself into my words that sometimes I feel I don’t have anything left for my real world interactions. Because I’m so much more skilled at articulating emotions through words rather than through actions, I feel as if people don’t really know how I think unless they’ve seen my work. I suspect that’s a common way of thinking for an artist.

Also, as I’ve stated before, I’m a high-achieving student. My parents never actually pressured me into doing well at school (in fact, they’re usually telling me to GET A LIFE), nor did I receive any private tutoring. I earned my high scores largely to satisfy my humongous ego.

My ego may spur me to achieve things and to win awards, but it’s also really self-destructive. I don’t actually believe I am intelligent or talented, and I secretly obsess over people I think are better than me. One day, I will think of myself as an artistic genius, the next day a total failure.

I won’t harp on about my self-esteem issues. Instead, I’ll focus on how I’ve been trying to break out of my unhealthy pattern of thinking. First of all, perspective is really, really useful. Stories like The Picture of Dorian Gray by Oscar Wilde show the artistic personality for what it is – neurotic and ultimately self-serving. Barakamon shows this too, but in a more light-hearted manner. By laughing at Handa’s neurotic tendencies, I could learn to laugh at myself too. Artists can be really stupid people. 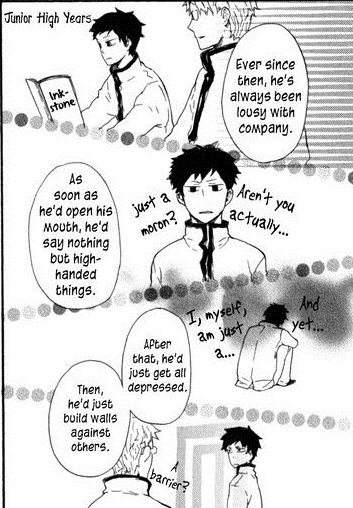 Thinking critically about one’s education is also handy – that is, appreciating the difference between academic excellence and intelligence. Liking and trusting teachers because they compliment you and tell you you’re smart is all well and good for nurturing a long-term love of learning, but you need to learn to respect a teacher for their ideas, first and foremost. Otherwise, you’ll just placidly accept ideas from a higher authority, making you gullible and prone to an elitist mindset.

The realisation that I’m not as smart or as clever as I think I am is the hardest lesson I’ve ever learned. It’s a lesson I’ve had to relearn many times, because cram sessions aren’t enough to take it in.

But that realisation starts to settle in when I talk to people and realise how much they know that I don’t, when I go out of my way to expose myself to new knowledge, and when I open my eyes and appreciate the things in front of me. More than anything, these are the experiences that inspire me to write.

It’s not just Handa’s ego issues I identify with in the anime, although they certainly form a big part of why I love it so much. There’s something warm and endearing about the atmosphere of the entire show. Barakamon invites you into a part of this funny and interesting world we live in, and it tells you, gently and without any condescension whatsoever, that there’s more to art than the often lonely process of putting one’s brush to paper.

Barakamon is not a perfect show. Like all works of art, it is flawed and imperfect. The humour meanders and comes off as repetitive at times. Also, the transition from manga to anime has resulted in some noticeable pacing issues and truncated character arcs. But Barakamon is a show with heart, and it tries to look outward instead of inward. When I watch it, I realise that my own worries are so very inconsequential.

While every episode of Barakamon is entertaining, I think episodes 1 and 11 are the best of the lot. These are the episodes that bring the underlying themes of the series to surface. It’s the tried and true formula of the coming of age story, but it’s presented with such raw honesty that it truly does feel universal, regardless of whether you identify as an artist or not. I think anyone can relate to that feeling of hitting a wall and not knowing what to do with yourself. The wall seems even more intimidating because it’s largely something of your own invention.

And the solution? How to scale that wall of convention? The answer is as simple as it is complicated. We help each other climb it.

Posted on September 26, 2014, in Anime Analysis and tagged barakamon, kare kano, me and my boring life. Bookmark the permalink. 22 Comments.