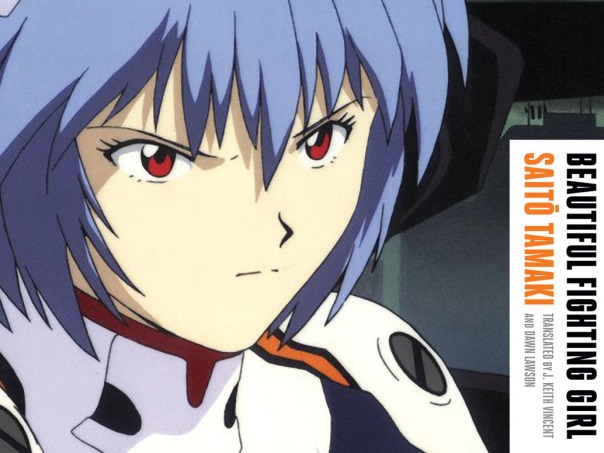 Nevertheless, I thought Beautiful Fighting Girl was a really fascinating read that helped stimulate my own thoughts about otaku sexuality. Saito’s argument that otaku culture is rooted in sexuality is something I find intuitively appealing, not least because I’ve made some similar observations in the past. So in this post, I’d like to critique Saito’s analysis directly, while also building on his more interesting ideas. In this way, I hope to develop a more workable theory of otaku sexuality, or Why Do People Love Their Waifus/Husbandos?

Beautiful Fighting Girl was first published in 2000 and is quite explicit in its defence of otaku. This was in response to the public’s lingering negative image of otaku in the wake of the infamous serial killings by “otaku” murderer Tsutomu Miyazaki. If Saito comes across as too eager at times to convince his audience that anime fans lead “normal” (read: heteronormative) sex lives outside of their otaku hobbies, then there is a clear reason for that. 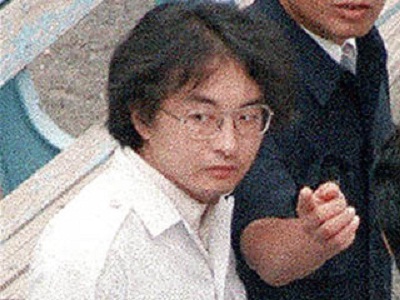 Our world is incredibly media-saturated these days, so it’s quite natural to moralise about it. What if we lose touch with reality and what makes us human? But so far in human history, that hasn’t actually happened. Sex and intimacy persist in technology-mediated environments, and otaku culture is merely another facet of this.

One aspect of otaku culture that doesn’t get commented on nearly enough is the community that it builds. Many geeky people might be naturally introverted, but they manage busy social lives through their hobbies. Of course, while Saito comments upon this, his primary focus is on deconstructing the “beautiful fighting girl” that captures the imagination of so many otaku.

Criticisms and Applications to Queer Theory

Here is where Saito’s analysis begins to get shaky. Not only does he argue that only Japanese can be otaku because of Japan’s “unique” attitude towards sex, he focuses entirely on the male psyche. He might mention that female otaku exist, but fails to incorporate them into his analysis. So while he writes critically about objectifying women, his analysis itself is very objectifying. His insistence that the objectification of anime girls is not related to the objectification of women in general comes across as rather unconvincing.

The scope of his analysis is also too narrow to have much of a broad application. His account of the development of “beautiful fighting girls” across time relies too much on Japanese particularism and ignores major factors like changing technology. I much prefer Thomas Lamarre and Hiroki Azuma’s more nuanced accounts in The Anime Machine and Otaku: Japan’s Database Animals respectively.

Nevertheless, aspects of Beautiful Fighting Girl remain extremely valid and have only become more relevant with time, which the translator J. Keith Vincent expands upon in his excellent introduction to the text.

Saito’s theories have interesting implications for queer theory. Specifically, he stresses the otaku’s process of consuming and creating his own narratives. He writes:

[Otaku] know that the objects of their attachment have no material reality … And knowing all of that, they still enjoy the game of performing for each other their passion. (pg. 19)

The word “performing” in this context should bring to mind Judith Butler’s theory of gender performativity. Loving your waifu or arguing about Best Girls are exaggerated actions, often proclaimed for the benefit of those around you rather than exclusively for your own benefit. One might even describe it as self-reflexively ironic. In this way, otaku “perform” a sexual identity while not being exclusively defined by it.

The fact that an otaku’s sexuality is often perceived as perverse also has connections with queer sexuality. While Saito stresses that most otaku are heterosexual in daily life, Vincent points out that Saito is not saying that it need be so. The otaku’s sexual interests are potentially radical and subversive on a broader scale. We just haven’t quite gotten there yet.

And finally, Beautiful Fighting Girl touches on the interplay between fantasy play and reality. What one might desire in the realm of fiction does not necessarily correspond to desire in reality. Vincent quotes the queer theorist Eve Kosofsky Sedgwick here: “Many people have their richest mental/emotional involvement with sexual acts that they don’t do, or even don’t want to do.” (pp. xix-xx)

I think that certainly helps explain the appeal of NTR, at any rate.

The Politicisation of the Otaku Culture 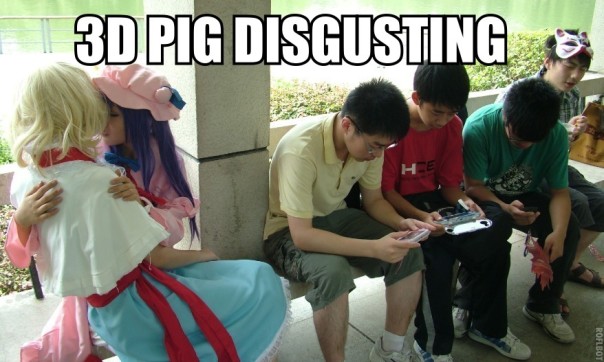 The reality of otaku sexuality is, of course, more complicated than Saito has made it out to be. If the debate were as simple as “Does watching anime turn you into a serial killer?” then the stigma would be entirely groundless. But it isn’t groundless, because otaku culture quite literally treats women as objects to be consumed.

It’s similar to the ambivalence with which the public regards video games. No, video games don’t turn you into serial killers, but somehow they always get brought up whenever a serial killer happens to enjoy them. And on top of that, there is a growing body of feminist critique which points out that many video game tropes are sexist and that gamer culture is unwelcoming towards female gamers. Even if games are mainstream these days, all it takes is a single controversy for public opinion to sour (See: the aftermath of the Gamergate controversy.)

To what extent is the stigma deserved?

There’s a troubling undercurrent in English-language anime criticism that takes it for granted that Japanese society is “more sexist” than Western society. Where gamers kick and scream and send death threats to Anita Sarkeesian for daring to suggest that their Eurocentric games are sexist, English-speaking anime fans take it as a matter of course that the fanservice in Japanese anime is problematic, so much so that it hardly needs commenting upon. 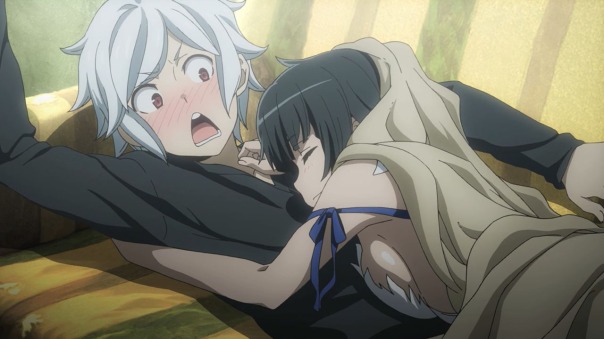 This anime is sexist? Impossibiru!

For example, when Stilts commented on the chauvinistic bent of Danmachi, one of the top-voted comments said: “Anime tends to be a tough sell to feminists. While I understand your criticism, I don’t really see how that applies here more than to the other numerous-as-the-stars LN titles which pretty much round up archetypical women into a nice little garden for the male lead to pluck.”

Theories about the sexist tropes in anime often delve into amateur sociology. Otaku have a purity complex because the Japanese are patriarchal, because they are sexually repressed, because they can’t handle independent women, and so on. Even if there was some truth to such observations, all too often it’s presented as essential traits. Anime is weird because Japan is weird. This angle of interpretation completely ignores the many Japanese feminists, especially the ones that write about anime (e.g. Mari Kotani, Kumiko Saito).

On one hand, I take it as a positive sign that English-speaking anime fans tend to be self-aware about the potential sexist messages in anime, but on the other hand, the implicit cultural hierarchy on display really bothers me a lot. I can’t help but get the impression that some fans are quite willing to admit that anime is sexist because they see it as a product of a less enlightened culture.

Still, that doesn’t answer the central question – whether it should be socially acceptable for otaku to “consume” anime girls the way they currently do. And that, I think, remains an open question. Theoretically, it should be possible to love fictional girls ethically and responsibly, but in practice, that comes with inescapable cultural baggage.

Personally, I think of myself as a “feminist otaku” because I don’t think otaku are really all that strange or perverse. I think that destigmatising otaku sexuality is a necessary first step towards critiquing it usefully through a feminist point of view. Of course, many people I respect disagree with me on that count.

Perhaps one of the reasons anime criticism is relatively more accepting of feminist critique is because female anime fans have had a considerable presence in the fandom for many years now (both online and offline). While still understudied compared to male otaku, female otaku have been receiving more and more attention in recent years. I’ve written my own two cents about yaoi fandom, identifying anime fandom as a place where women can safely explore and express their sexuality.

One of the most useful things about studying female otaku is that it reminds you that otaku sexuality is in no way a unique phenomenon. As I wrote in my post about K-pop, anime is a cultural hybrid. The pretty boy aesthetic is appealing in many countries outside of Japan, and slash fiction has its place in most fandoms (see, for instance, Star Trek and, more recently, Sherlock).

In addition, female otaku fandom is not homogeneous. Not all female otaku are into BL, for instance. (This is a rather pervasive stereotype.) And there is plenty of disagreement over whether the BL fantasy is empowering or if it simply perpetuates heteronormative gender roles through its strict delineation between seme and uke. Is it empowering to love one’s husbando? What kind of female characters are empowering figures? How does anime explore non-heteronormativity? While there is a tendency among users of social media to oversimplify these discussions, feminist critique is providing powerful new insights into the relationship between sex and the media.

When we theorise about otaku sexuality (or sexuality in general, for that matter), female sexuality should never be ignored. Male sexuality is not the default. It would simply be a lie to claim that women are not as interested in sex as men are and don’t have complicated relationships with their bodies.

Before I finish this post, let me make one observation about the performativity of otaku sexuality. Despite my asexuality in real life, I have always been drawn to anime girls. Ecchi and harem anime interest me in a way that pornography does not. After spending a great deal of time with female anime fans, I began to find myself more attracted to anime boys.

From my own personal experience, then, I can attest that sexuality is fluid and that anime culture provides its fans with ample opportunity to explore queer sexuality. I reject the simplistic moralising stance that otaku sexuality is perverse or that otaku should “grow up” and face reality. Tamaki Saito’s core framework in Beautiful Fighting Girl makes a lot of sense to me, even if I think his argument itself is deeply flawed.

Fodder for Future Posts (AKA stuff that didn’t make it into this post):

Those will get written about some other time, but feel free to think about and respond to these ideas in the comments.

That’s all for now. Tata!