← Dubs and Subs, a Translator’s Perspective
People Sure Like to Romanticise Fan Translations →

May and June 2017 Update: Starting Life in Another World from Zero

So, as I mentioned in an earlier post, I’m now living in Japan and starting a new job. Specifically, I’m now a Tokyo Correspondent for Anime News Network, covering events in the area as well as the odd film review. You may have seen my writing on the site!

As you can imagine, life has been pretty hectic these past few weeks, so I haven’t found any time for blogging or even translating. This is why I’ve started republishing some of my old columns from Crunchyroll to ensure that this blog does not completely die. I’m quite attached to frogkun dot com, and I want a place where I can talk about personal things. And boy have these past few weeks given me a lot to talk about.

I want to start with something I’ve been thinking about for a while.

Don’t ask me how I got this job because I have absolutely no clue. If someone were to ask me “how do you make a living out of anime writing?” I would not have much advice except for “post a lot on Twitter”, because that’s where 95% of my work connections come from. I think that this is an indicator of the new kind of job market we live in where online connections increasingly matter, because at home I was struggling to find work through the conventional channels. Had I not received this offer from ANN, I probably would have given up on the idea of finding a job fresh out of university and crawled back to my studies.

I struggle to gauge how qualified I am for this job. On one hand, I do have a lot of experience writing about anime, as well as passable Japanese language skills. I studied Japanese in university and wrote a thesis about fan translations. On the other hand, JET rejected me, so lol. My problem is that, beyond a handful of volunteer gigs and freelance work, I don’t have much formal work experience – certainly not anything I could put on a resume.

Honestly, I really did want a “normal” job if possible. As a millennial, I’m extremely jealous of people with a full-time job and a stable income. But the work at ANN is pretty good, all things said and done. Here, I’m a salaried worker on a freelance schedule. I have to be responsible for myself and the content I produce, but I can write in my pyjamas if I want to.

I’m still not sure how long I want to stay here. This might sound weird, but I’ve never had aspirations of living in Japan long-term – or rather, I have never seriously thought about it. I imagined that I would be living in Australia and doing translation work there.

For now, I plan to live in Japan and see where this job takes me. The most fun I’ve had has been through meeting new people. I’m way more sociable here than I ever was in Melbourne. Networking is a necessity for this job, but it’s also been a real pleasure, and I’ve received so much help from everyone I’ve met. I really appreciate it!

However, not all of the job is fun and games. The other day I had to do some interpreting for the first time in my life, and I did so completely unprepared beforehand. I’ve also had to learn new skills, like video making and photography, that I’ve never touched before. All of this while learning to live on my own in a foreign country.

Sometimes it’s overwhelming. The job itself isn’t that intensive, but the pressure I put on myself makes me feel stressed at times. I constantly wonder whether I’m deserving of the opportunities that I’ve been given, as anyone would. But I think of it as the kind of challenge that is geared for someone in their twenties. I’m young and new to the job; I’ve already made some mistakes, but I’m in a very flexible period of my life – what’s a little more change going to do?

Where this is all going to lead I have no idea, but I’ll do my best at this job. It’s been a privilege writing for ANN so far, and I hope that the readers there find my content interesting and informative. It also looks like I’ll be contributing to the Season Preview Guide next season, so please look out for me there!

In the meantime, here’s a list of pieces I’ve written over the past two months: 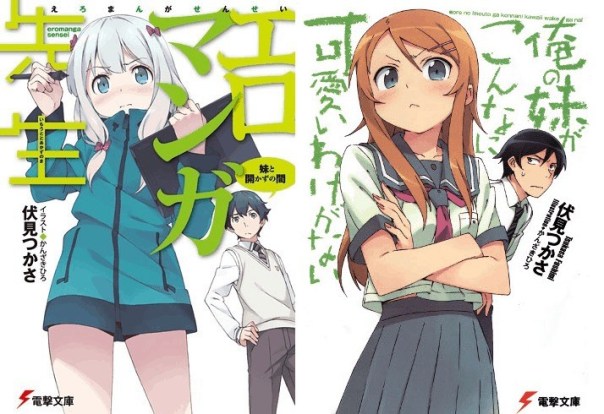 Adventures in the Yuri!!! on Ice Café (Yes, this is a really dumb title, I put it there as a placeholder and it never got changed LOL)

Lu over the wall Review (In retrospection, I was a bit too harsh on this. I’d give the film at least a B.)

The irregular at magic high school The Movie: The Girl Who Summons the Stars Review (I watched the whole anime and read volumes 8 and 9 just before watching this… good times………..) 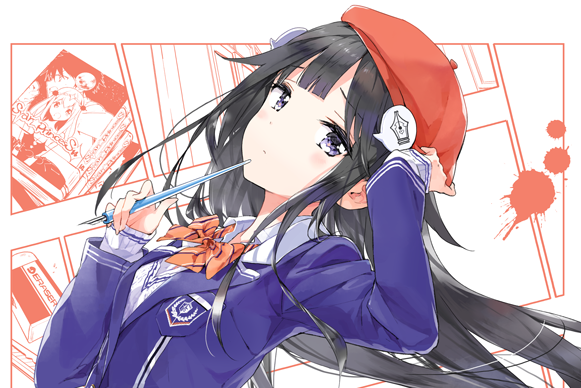 In May, I wrote a feature about Tiv, the Korean-Born Manga Artist, for Anime Feminist. I’ve been a financial supporter of Anime Feminist since it was first launched, and I’m proud to finally have the chance to write for the site! I also assisted Dee with her very insightful article about the fanservice in WorldEnd last month. I read the light novel to confirm that no, the massage scene wasn’t sexual in the original novel. (However, I also found out that the novel has way too many exposition dumps, so even with the dumb fanservice the anime is better.)

I also wrote some reviews for English Light Novels about Strawberry Panic and Sword Art Online: Progressive. I wish I could have contributed to another editorial about Oregairu (as I did when the first volume came out), but unfortunately the second volume came out just as I had moved to Japan and was short on time. As a matter of fact, I still haven’t read the English version of the second Oregairu novel.

(Speaking of light novels, here’s a shoutout to Carriage, a blogger who is getting back into light novels. It’s always nice to hear when your own passions have rubbed off on somebody else!)

And finally, I’m still writing for Crunchyroll, although I took a three-week break as I was getting settled into Japan. My latest article is about WorldEnd: What do you do at the end of the world? Are you busy? Will you save us?, a show I marathoned just as it was nearing its conclusion. I get the impression that its overly long title may have deterred people from picking it up, but I actually think that it’s a good, fitting title, so I wrote an article about it. Please give the show a chance!

Anyway, that’s all from me for now. Hopefully, I’ll find the time to update this blog again soon. Until then, see you later!

Posted on June 28, 2017, in Uncategorized and tagged me and my boring life, re zero, sukasuka, worldend. Bookmark the permalink. 14 Comments.

← Dubs and Subs, a Translator’s Perspective
People Sure Like to Romanticise Fan Translations →